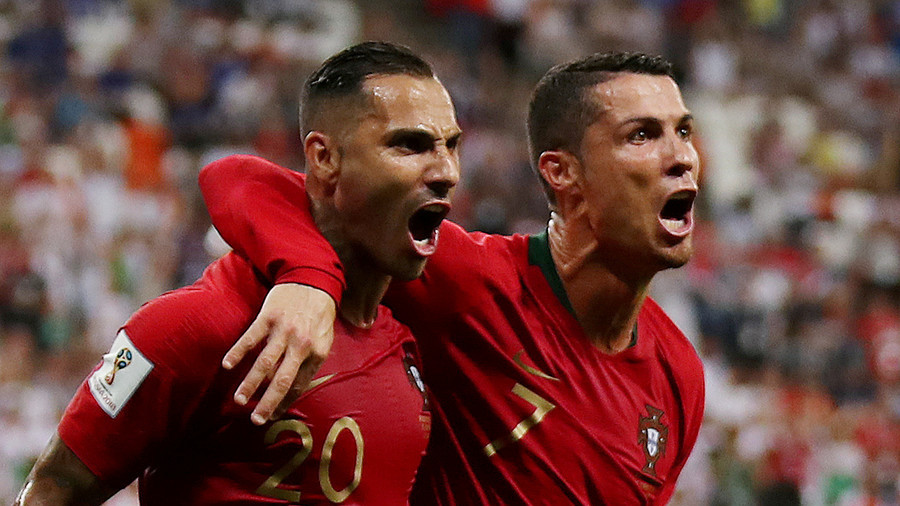 The 2018 World Cup has provided a stage for world football’s biggest names to make an indelible imprint on the beautiful game. And they have done exactly that by breaking a host of records - and it's still the group stage.

After eight years of planning since being awarded hosting rights for the World Cup back in 2010, Russia must surely be pleased with the manner in which the tournament has progressed through the first two weeks.

Not a single game had finished goalless in nearly two weeks since the first ball was kicked at the Luzhniki Stadium on June 14, until Tuesday's stalemate between France and Denmark in Moscow.

The five goals scored by the hosts against Saudi Arabia on matchday one set the tone and were followed by the tournament’s top teams in the following matches, with Cristiano Ronaldo’s hat-trick against Spain and Harry Kane’s goal-scoring exploits in England’s first two fixtures particularly notable.

That’s not to say that the tournament has been entirely free-scoring, however. As of last Friday, 2.33 goals have been registered on average per game – compared to 3.21 in last season’s Champions League, or 2.67 in the Premier League. Last weekend’s high-scoring fixtures involving Belgium and England will have made something of an impact on that figure.

The 1990 World Cup in Italy squeaks past Russia (so far, at least) as the lowest scoring tournament in history, with just 2.21 goals recorded per game. The 1-0 scoreline has, as you might have expected given these statistics, been the most common result at the tournament thus far.

Prior to the tournament, and especially after crowd trouble involving various fans at the European Championships in France two years ago, concerns were apparent in some quarters that Russia 2018 could be the scene for crowd trouble – but, so far at least, those worries are without foundation.

FIFA has been quick to identify issues with various sets of supporters taking place in stadia, and has issued fines to the football associations of Denmark and Poland for instances of crowd disturbances regarding ‘sexist’ chants and offensive banners.

With half of the tournament still to be played, Russia 2018 has already seen more penalties awarded than at any World Cup previously, with 20 so far and 15 of those being successfully converted. Four years ago in Brazil, just 13 penalty kicks were awarded throughout the entire competition.

It is likely that this statistic is a direct result of the implementation of VAR (Video Assistant Referee) by FIFA President Gianni Infantino ahead of the tournament.

There has been an increase in goals scored from corner kicks – perhaps due to defenders being wary of giving away a VAR-assisted penalty for grappling with attacking players.

In terms of pure, unbridled drama though, Russia 2018 is an undoubted success. The tournament has had more than its fair share of last-minute winners, unlikely performances from underdogs, as well as the promise of a whole lot more throughout the next couple of weeks.