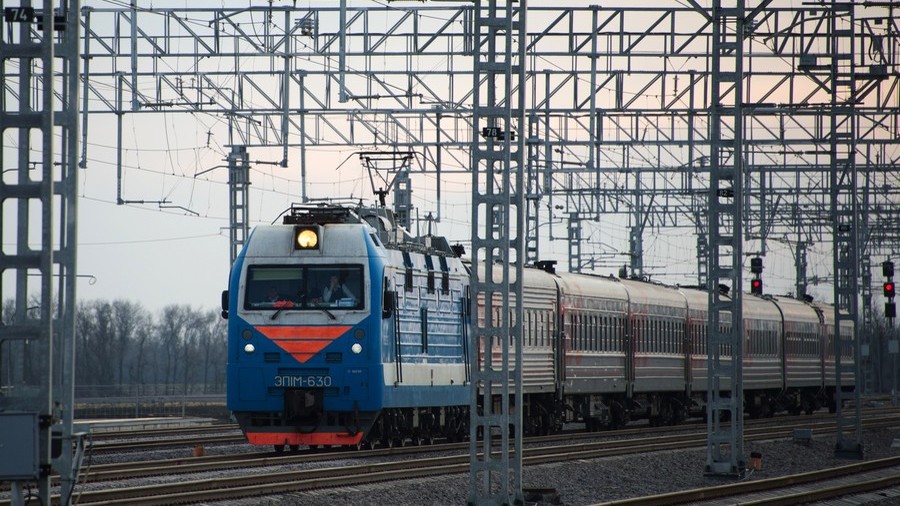 Anyone who knows Russia will know that train journeys across its vast expanses are a quintessential part of experiencing the country and the character of its inhabitants.

That was certainly the case for the New York Times’ chief football correspondent, Rory Smith, who is in Russia covering the World Cup.

Smith shared the experience of his journey from Ekaterinburg to Samara – two of the host cities – on a trip involving an inauspicious start, a hungry protagonist, but an ultimately happy ending.

Having safely settled in to his home for the lengthy journey, Smith tweeted a picture of the cabin, describing the train as having “the feel of a Manchester-Fuerteventura flight” as it was carrying passengers on to Anapa, a popular holiday resort with Russians on the Black Sea coast.

This is my home for the next 24 hours. Ekaterinburg to Samara. Turns out it’s the train to Anapa, a Black Sea resort, so it has the feel of a Manchester-Fuerteventura flight. pic.twitter.com/PxsQN4iBfd

Two hours into the journey, however, Smith encountered a classic problem that frequent Russian train users will be familiar with: his cabinmates’ choice of food.

“Morale would have been higher if my cabin-mates hadn’t opted for hard-boiled eggs and pickled cucumber for dinner,” Smith tweeted, complaining that “the small is not going to shift.”

To be honest, I feel that morale would have been higher, two hours in, if my cabin-mates hadn’t opted for hard-boiled eggs and pickled cucumber for dinner. That smell is...not going to shift.

Not an auspicious start for the inexperienced Smith – although things then took an unexpected twist, with the journalist issuing a mea culpa having got to know his fellow passengers.

I have a wrong to right, and would like to do it on this public forum. The Egg Eaters were a mother and daughter, going to Anapa for their holidays. The mother seemed a little flustered, and possibly a bit grumpy. The daughter, Veronika, liked dinosaurs and was very sweet.

We did not talk much for the first 12 hours of the journey, because I don't speak Russian. But there were a group of kids - aged from 5ish to 11ish - who were fascinated by a foreigner. We spent about four hours saying "Hello my friend" to each other.

It was then that Smith's cabinmates appeared to spot that he had clearly erred in his choice of provisions for the journey.

Occasionally, the Mum would ask me if I wanted some fruit or something, because (as those of you up late last night will remember) I was subsisting exclusively on a diet of stroopwaffels and water.

That led to a full admission that hunger was looming - despite Smith adding hopefully that could see out the journey to Samara.

I'd made a tactical error - the sort I should be better than - and brought both no actual food, and spent all of my cash on stroopwaffels, so couldn't hit the restaurant car and get a tasty meat sandwich, or spaghetti with cheese. But I was fine, a few hours out from Samara.

With things looking touch-and-go on the food front, Smith's cabin-mates stepped in with an act of hospitality that many a visitor to Russia will be familiar with.

And then, while I was having a lie down after all that Hello My Friending, I felt a tap. The Mum presented me with a bowl of cucumber, tomato, sausage and bread, and made it clear I was to eat it. She then produced a muffin, and gave me that. She then mimed "you'll waste away."

The woman then proceeded to step in with another helping, before furnishing him with additional supplies to help him on his way.

Anyone who has had the misfortune to see me topless would know that is not a risk, and so would anyone who was aware of my late-night stroopwaffel habit. I ate the food - it was delicious - and she promptly produced a second helping.

I said thank you, and mimed fullness, but she wasn't satisfied. She produced a packet of strawberry flavoured Jaffa Cakes. I said, through Google Translate, that she had ages left on the train and I was fine, but she ignored me, and placed them directly in my bag.

Smith concluded the heartwarming tale of deliverance from hunger with the message which will be familiar to many fans traveling to Russia for the first time this summer -namely that you shouldn't always believe what you read in the press about the country or its inhabitants.

I don't want to be all HERE'S WHAT THE MSM WON'T TELL YOU ABOUT RUSSIA, but not sure that's ever happened to me on a British train. Admittedly, that may be because I rarely board a train without two Grab Bags of Rolos, but still. Well done that lady. Eat all the eggs you like.

The thread has gained popularity on Twitter, with responses ranging from people sharing similar travel experiences in Russia to the supposed explanation that the practice stems from the days of rationing in the Soviet Union.

I am so glad you had such experience and shared it with everyone. Maybe after this world cup people around the world will be less scared by Russians.

I had a banana offered to me by a lady genuinely about 1 minute after stepping onto a train in Kazan. A thoroughly hospitable people these Russians.

It's common place in the former Soviet states, it's known as aggressive hospitality. It arose from the days of queuing for small rations of food. Now they (mostly) dont have to so they do their best to avoid anyone going hungry and having to starve like they did once upon a time.

Whatever the case, Smith’s journey has offered an insight into an aspect of Russia that many foreigners will experience this summer - and will go some way towards dispelling some of the many myths that continue to abound about the World Cup hosts.