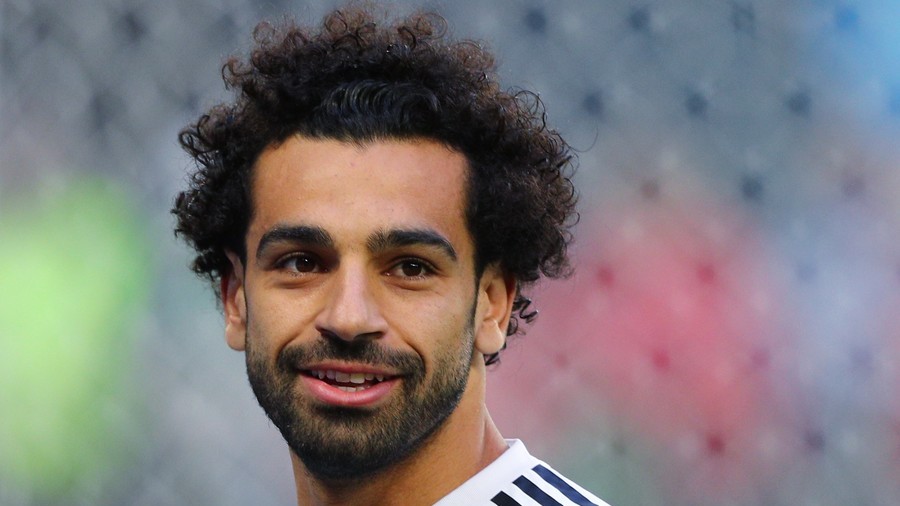 Mohamed Salah has made no complaints about being exploited for political gain and will not leave the Egypt camp, top officials from the national team and Chechnya, where he has been training during the World Cup, have told RT.

Osama Ismail, the head of public relations for the North African team, emphatically denied that Salah was considering going home or retiring from international football, despite a series of reports citing sources close to the Liverpool attacker.

“Mohamed Salah is at the camp and training with his teammates. He has been at all matches. He has not expressed any unhappiness to any officials. There hasn’t been any mention of anything like that,” Ismail told RT by phone from Chechnya. “He is here - eating his dinner next to me right now.”

On Sunday, CNN reported that Salah was mulling quitting the team after being used for publicity purposes by Ramzan Kadyrov, the head of Chechnya. Salah has shared multiple photo-ops with the politician for the past fortnight, and has been awarded honorary citizenship of the Caucasian republic.

“Salah feels exposed by what has happened in Chechnya. The Liverpool star doesn't wish to engage in topics beyond football or to be used for anyone's political image,” it claimed, citing an unnamed source.

“I have no idea where CNN gets its information from… You shouldn’t trust information unless it comes from his own Twitter account,” he said.

Alvi Karimov, the chief press officer of the Chechen Republic, has also expressed dismay that the hospitality shown to the Egyptian team has been misrepresented.

“CNN’s claims are absolutely false. Salah has been in a good, positive mood throughout his time here,” Karimov said to RT.

“Salah, his teammates, the national team delegation members, have all repeatedly said that they were extremely satisfied with how they were received, and complimented the superb conditions that have been created for the team.”

Karimov added that the hosts and guests have even begun arrangements to schedule a friendly between Egypt, and the local Russian Premier League team Akhmat Grozny.

Rumors of a rift began to emerge from the Egypt camp after the team was eliminated from its first World Cup in 28 years after two losses, to Uruguay and Russia. Salah, who is still recovering from a shoulder injury, sat out the first defeat, and scored in the second, despite looking well below optimal fitness.