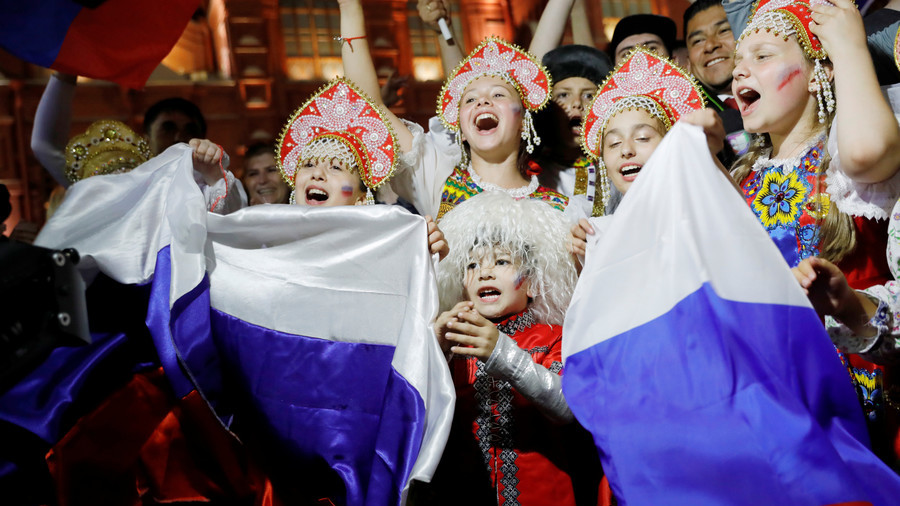 A Russian musician and radio host has been bombarded with requests to tell fortunes after he correctly predicted scores in the two surprise victorious routs by the Russian squad at the FIFA World Cup, a day before the kickoff.

Igor Danilov, who goes by Jin Dagon on Twitter, has become a viral sensation after he half-jokingly predicted that Russia would crush Saudi Arabia 5-0 and then beat Egypt, led by its star man Salah, 3 to 1.

While these are now mere facts, on June 13, a day before the World Cup opener in Moscow, the forecast seemed to be nowhere near probable, given Russia’s 7-game streak without victories and its bleak history of never reaching knockouts before.

“Can you imagine Russia beating Saudi Arabia 5-0, then doing away with Egypt 3-1, and then clinching a last-minute win with Uruguay! Have you imagined that? Then you have a bright and an extraordinary personality!” Danilov wrote that day, obviously reserving irony for his fortune-telling skills.

After Russia indeed trashed Saudi Arabia by scoring five unanswered goals, Danilov wrote that he is at least worthy of the “bright” epithet. When the hosts stunned Egypt, Danilov tweeted that he now he can be called “extraordinary” as well.

Only time will tell if Russia upsets the South Americans in their face-off on Monday and Danilov’s newfound fame supersedes that of the legendary Paul the Octopus, the most famous sea creature in football history, who correctly predicted some 85 percent of matches during 2010 World Cup in South Africa.

For now, the prediction has sparked a huge movement on Twitter, with people comparing Danilov with famous diviners of the past: “a reincarnation of Vanga,” “Russian Nostradamus” and “Russian Cassandra.” Some even suggested his trick must be the same as the time-travelling protagonist of 1980 sci-fi classic ‘Back to the Future,’ Marty McFly.

People are now asking Danilov to weigh in, not only on the outcomes of the matches, but on virtually every aspect of life, ranging from tomorrow’s weather, exam results and currency exchange rates, to the name of the next Russian president.

While it may be all fun and games, one user suggested that Danilov should start fearing for his life, given the number of people who could have put their money on Russia’s victory based on his tweet.

“You’ll be killed, if Russia does not play 1-0 with Uruguay. Do you understand how many people have placed their bets on it?" @v_kuramshin wrote.

Russian football fans can now only pray that Danilov’s prognostic fame is not short-lived.