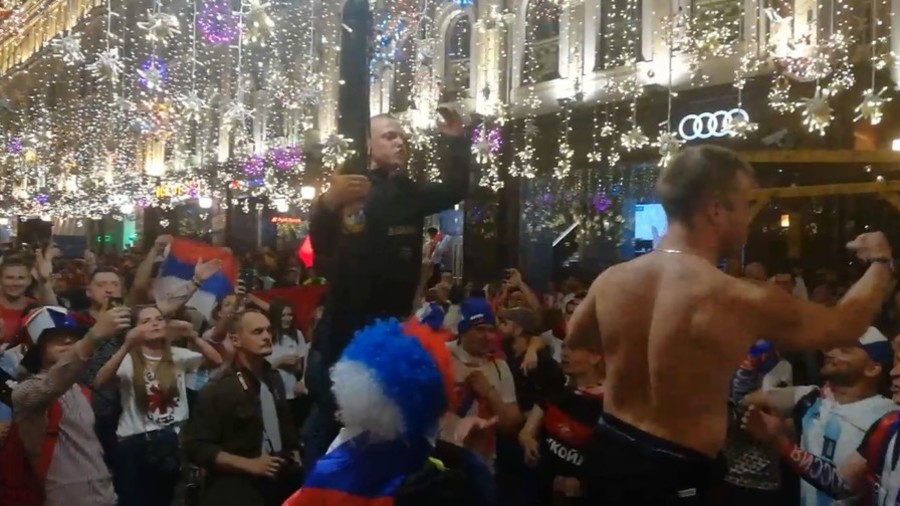 Russians are taking to the streets to celebrate after their team beat Egypt to all but seal their place in the World Cup knockout stages.

Russia beat Egypt 3-1 in front of a raucous St. Petersburg crowd thanks to an own goal from Ahmed Fathy and strikes from Denis Cheryshev and Artem Dzyuba.

READ MORE: Rampant Russia all but through to World Cup knockout stage after 3-1 win over Salah’s sorry Egypt

The win gives Russia two wins from two in Group A, after their opening game 5-0 demolition of Saudi Arabia last week.

Only an extremely unlikely series of events involving the Saudis beating Uruguay tomorrow would see Russia deprived of their first taste of World Cup knockout action since competing as an independent nation following the collapse of the Soviet Union. Below is a selection of some of the celebrations that have swept Russia on an historic night.