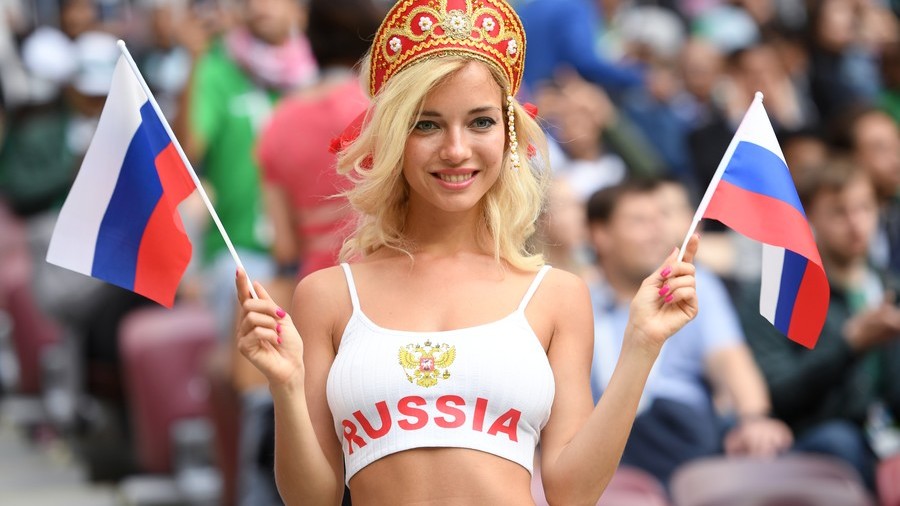 Photos of the girl sporting a tiny white top and traditional Russian headdress in the stands of Luzhniki Stadium in Moscow have been shared by many outlets, including the state-owned RIA-Novosti news agency.

She received widespread acclaim for her aesthetic attributes, however, social-media users digging for information about her background came up with a revelation.

The blonde was recognized as Russian adult film star Natalya Nemchinova, who has appeared in X-rated movies under such aliases as Natali Nemtchinova, Natalia Andreeva, Delilah G, Danica, Amanda, Asya, and Annabell, among others.

Her Fan ID had been captured in several pictures, close examination of which revealed the name “Natalya Nemchinova” on it.

Adult film actress may be her occupation, but football appears to be her passion, as Nemchinova was also photographed cheering on Russia in France during Euro 2016.