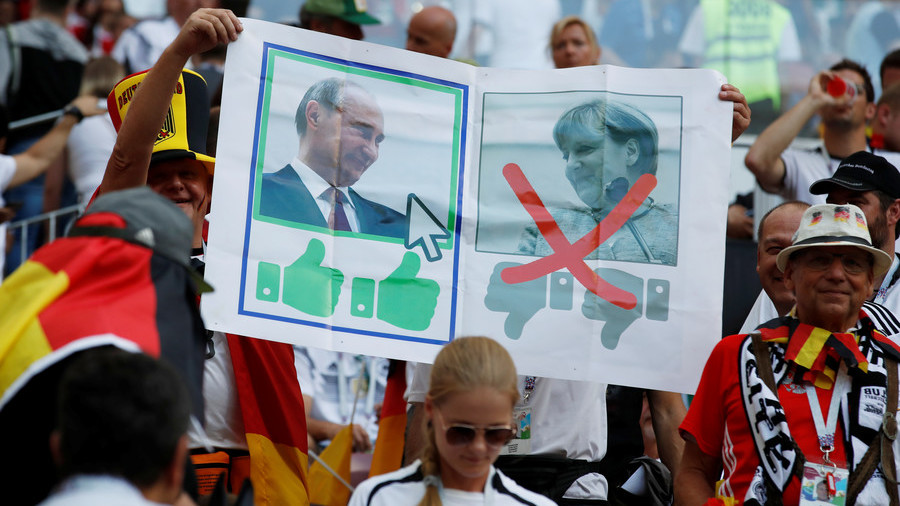 Thousands of fans came to Russia to support the reigning world champions in their hunt for yet another World Cup. Among the hundreds of flags and banners waved at Luzhniki Stadium, some contained political messages.

A group of supporters dressed in Bundesmannschaft kit displayed a banner depicting the two political leaders of Russia and Germany. A huge ‘like’ sign was placed under the image of Putin, while the picture of his German counterpart was crossed by red lines with ‘dislike’ signs below.

The defending champions were unexpectedly beaten by underdogs Mexico, creating one of the biggest sensations at the tournament so far. Germany will play their next game against Sweden in Sochi on June 23, before testing South Korea in Rostov-on-Don four days later.