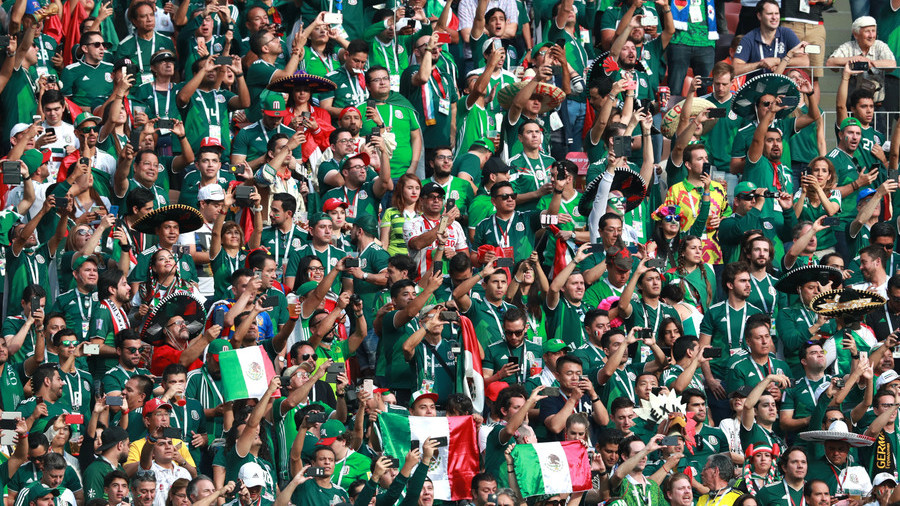 Hirving Lozano’s goal for Mexico against Germany in their World Cup game in Moscow reportedly caused a mini-earthquake back home in Mexico City as raucous fans celebrated.

Mexico’s Institute of Geological and Atmospheric Research reported an increase in seismic activity at exactly the moment Lozano scored in the 35th minute of the game against reigning champions Germany – sparking mass celebrations among the thousands in the stadium in Moscow and the millions watching back home.

Mexico went on to win the game in a memorable encounter in Moscow to get their World Cup campaign off to the perfect start.

Striker Lozano empahtically finished a sweeping team move in the 35th minute of the game at Luzhniki Stadium, and the Mexican team held on despite strong German pressure to claim a win of seismic proportions.

The Germans had been strong favorites going into the encounter, having beaten Mexico 4-1 in Sochi in last year's Confederations Cup semi-finals.

However, Juan Carlos Osorio's team were worthy winners this time around as they produced a performance of creativity and grit to send the thousands of Mexico fans packed into Luzhniki into raptures.

The Mexican fans have helped turn the Russian capital into a carnival atmosphere in recent days, taking to the streets en masse and at games involving other teams.

Prior to Sunday's game they had continued that trend with some lively chanting as they assembled on the way to the match.

They have captured the hearts of locals and fans from elsewhere with their friendly and fun-loving approach to supporting their team.

They next face South Korea in Rostov-on-Don on Saturday, and Germany take on Sweden in Sochi on the same day in a must-win game.