‘We have to keep calm & win’: Messi feels ‘hurt’ but focused after bitter draw with Iceland 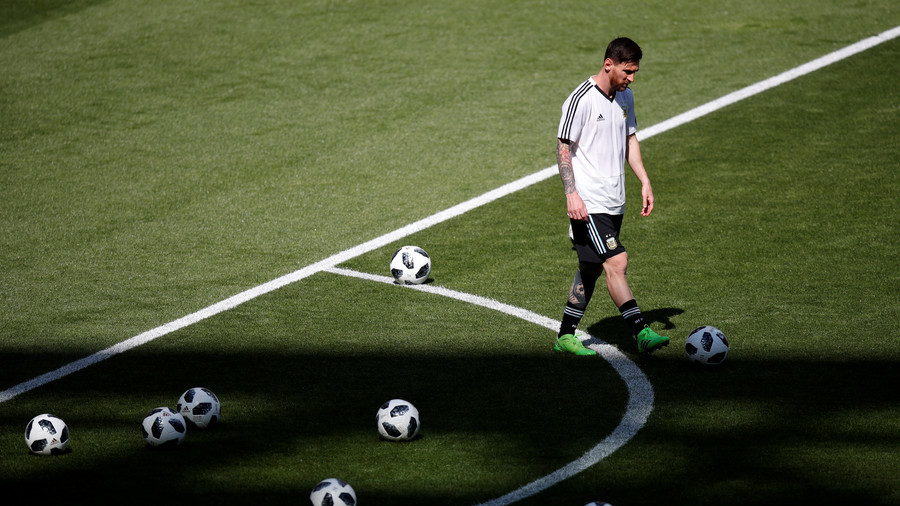 While Lionel Messi feels personal responsibility for his failure to convert a penalty, which led to a 1-1 draw with Iceland, the Argentine star is confident his team will shine during its next World Cup match, against Croatia.

“We have to look ahead. I think we deserved three points, but we have to be calm,” the Argentine and FC Barcelona forward said, after the fierce battle with 'The Vikings' that ended in a draw.

‘Messi is only human, the penalty miss affected him’: Mourinho on Argentina-Iceland draw (VIDEO)

In its debut game in Group D, Iceland clashed with one of this year’s World Cup favorites – Argentina. While the South American team was widely anticipated to secure a victory against the debutants, Iceland goalkeeper Hannes Halldorsson worked his magic on the 63rd minute, by diving to his right and palming away Messi’s penalty shot.

Hannes Halldórsson (Iceland): "It's been my dream to play against the best player in the world, Lionel Messi, and it was an honor to save his penalty." #WeAreMessi #Messi #LeoMessi #WorldCup #Argentina #ARG #Rusia2018 pic.twitter.com/W5yHLQL1XH

“It hurts me to have missed the penalty because it would’ve given us a decisive advantage,” the Barcelona player said after the game. “There’s bitterness from not being able to add the three points in our first match because I think we deserved it.”

After Sergio Aguero put Argentina ahead and Alfred Finnbogason equalized, Messi's miss came as a major disappointment to the fans. The 30-year-old star footballer, however, promised a better performance against Croatia on June 21.

“We have to be calm and stay focused,” Messi reiterated. “I think a lot of what we did was good, but in any case, we just have to try to win the Croatia match.”