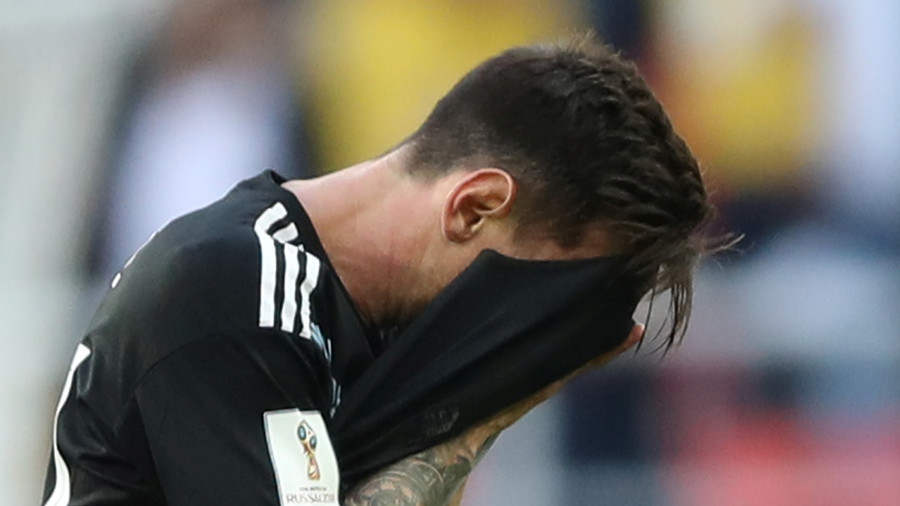 Lionel Messi played with the weight of Argentina's hopes upon his shoulders, laboring against a tenacious Iceland, before underlining a frustrating performance with a decisive penalty miss. Twitter was not kind.

11 – Lionel Messi attempted 11 shots for Argentina vs Iceland (the most he’s ever attempted in a World Cup game), but he still didn’t manage to score a goal. Frustration.#ARGISL #ARG #WorldCup pic.twitter.com/YDZBP9aowj

Should Lionel Messi step aside for penalties? pic.twitter.com/84ixQKAOkH

But it really wasn't about the facts.

Cristiano Ronaldo's hat-trick against Spain the day before wasn't making it any easier.

Messi misses a penalty and somehow, somewhere, I think Ronaldo May be winking.

But for all that, the admirers still outnumber the haters, even on the most vicious and knee-jerk football forum in the world.

The day Messi fires blank. It is a global news. Only the greatest makes this happen.G.OA.T