'You are a goalie': Belarus President Lukashenko plays football with Zabivaka upon arrival in Russia 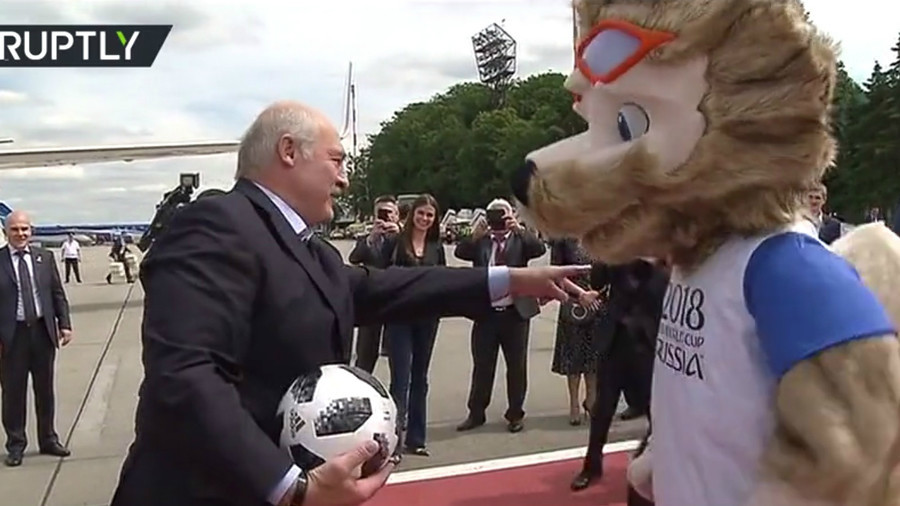 President of Belarus Aleksandr Lukashenko has demonstrated his football skills by scoring a goal against World Cup mascot Zabivaka, who met the top official in the airport upon his arrival in Russia.

Lukashenko barely had time to step off the airplane carrying the Belarusian delegation, when Zabivaka approached the president holding a football in his paws.

“You are a goalie,” Lukashenko told Zabivaka, who obediently assumed the role of a goalkeeper preparing to block the president’s shots. “We need two bars,” the Belarusian leader added, asking two members of the delegation to mark the goal boundaries.

Lukashenko, who is famous for his passion for ice-hockey, proved that he also has the makings of a footballer by slotting the ball into the improvised net  to score a goal against the mascot.

The Belarusian president will attend the World Cup opening ceremony, which takes place on Saturday at the newly renovated Luzhniki stadium in Moscow.