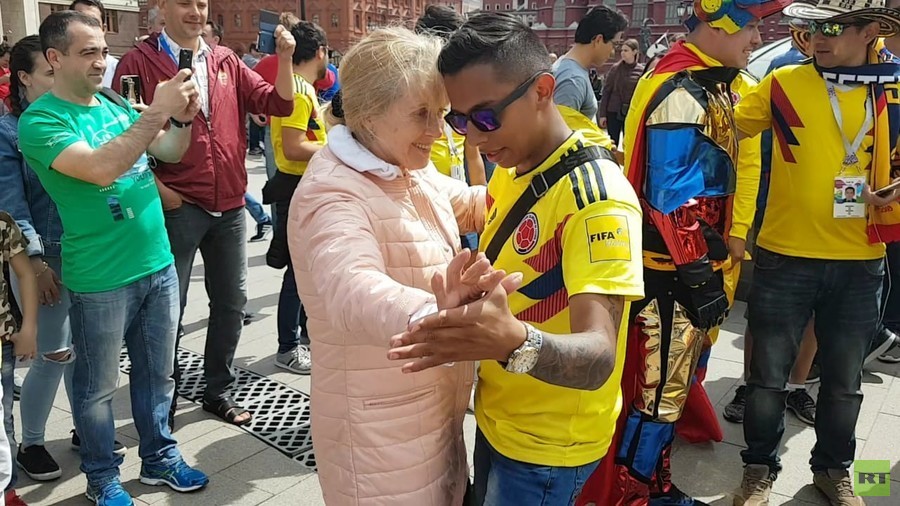 A passing Russian babushka couldn’t resist the chance to strut her stuff when she saw Colombian football fans partying in central Moscow.

The Colombians were out in force ahead of the World Cup kick-off later on Thursday, turning central Moscow into a carnival atmosphere.

A particularly vocal group congregated near the World Cup countdown clock not far from Red Square, chanting and putting on impromptu dance classes for locals.

One passing woman was determined to join in, pairing up with a young Colombian fan to show off her Latin American dance moves.

Colombians were among the thousands of other fans from the 32 competing World Cup nations to flock to Russia ahead of the opening game at Luzhniki Stadium later on Thursday. The World Cup runs from June 14 to July 15 – meaning the party is just getting started.