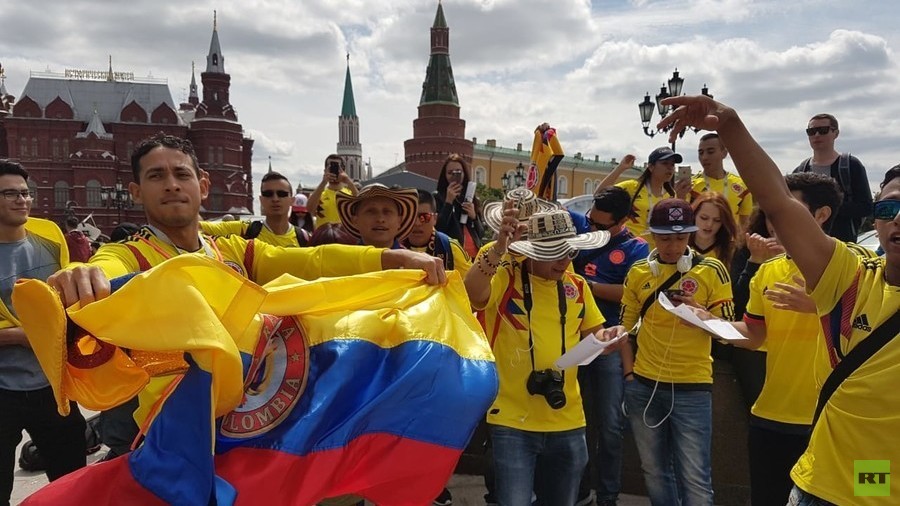 Colombian fans have turned the World Cup countdown clock in Moscow into a party zone, chanting ‘Spasibo Russia!’ and putting on impromptu dance classes for the locals.

The tournament kicks off at Moscow’s Luzhniki Stadium later on Thursday when Russia play Saudi Arabia, but the party is already in full swing with thousands of foreign fans turning the Russian capital into a carnival atmosphere.

The Colombian fans in particular were out in force at Moscow's countdown clock, bringing the Latin American party spirit with them.

They led chants of ‘Spasibo Russia’ – Thank you Russia! – to show their gratitude to Russia as World Cup hosts.

They also showed off their dance moves, with a passing babushka stopping to join in.

The Russian capital has been turned into a kaleidoscope of color as thousands of fans from the 32 nations competing at the World Cup have turned out for the month-long festival of football.

Colombia don’t kick off their campaign until Tuesday, when they take on Japan in Saransk. The locals there can certainly look forward to some Latin American party spirit heading their way.