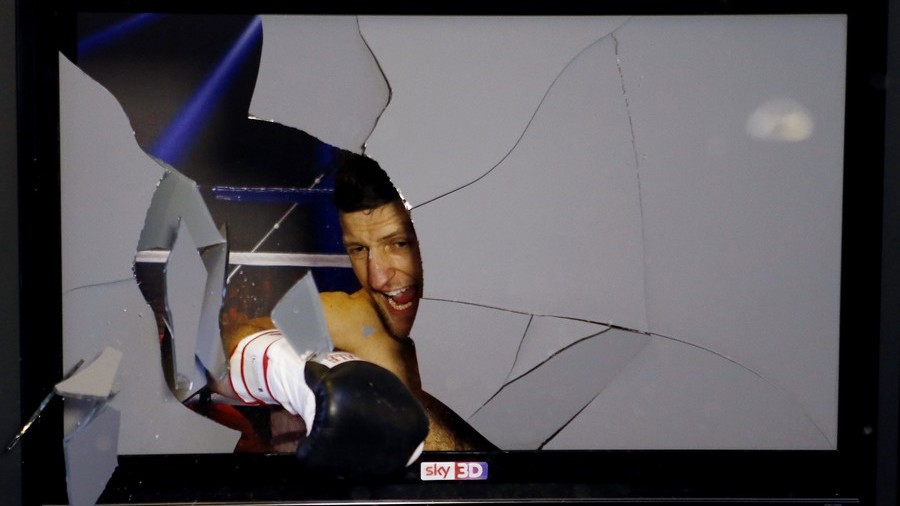 An Israeli woman has filed a lawsuit against her husband after he reportedly threatened to “smash TV sets over her head” if she attempts to prevent him from watching World Cup matches.

The dispute between the couple began two weeks ago when the man, who is in his mid-40s, reportedly informed his wife that he had purchased four widescreen TV sets to be installed in their house for the 2018 FIFA World Cup, which kicks off in Russia this coming Thursday.

The man intended to put two TV screens in their bedroom and two in a living room to make sure he wouldn’t “miss anything interesting during the World Cup.”

The woman didn’t pay much attention to the proposed TV installation plans as she was supposedly sure that her husband was joking. However, two days later she fully realized the seriousness of his intention after technicians started to fix four big screens in their house.

The woman’s protests that their home would become far too noisy went unnoticed. After she asked her husband to unmount the TV screens and move to his parents to enjoy the football festival, the man allegedly threatened to “smash TV sets over her head if she prevents him from watching World Cup matches,” Maariv newspaper reported.

The mother-of-two claimed that “the World Cup made her husband a violent person,” and opened legal proceedings against him by asking the court to issue a restraining order.

The application will be reviewed by the Magistrate's Court, the basic trial court of the Israeli judicial system.

Israel failed to qualify for the World Cup, having finished fourth in Group G, where Spain qualified in top spot and Italy claimed the playoff spot.