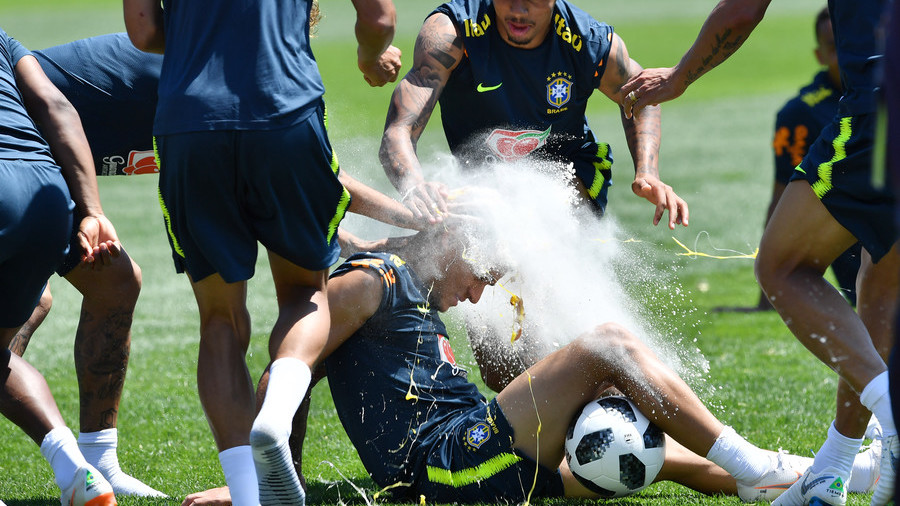 Brazil star Philippe Coutinho got a birthday celebration to remember in training on Tuesday, when his teammates pelted him with egg and flour.

The Barcelona attacking midfielder turns 26 today, and his birthday didn’t escape the attention of his teammates. They were filmed at the team's World Cup training base in Sochi, covering him in eggs and flour before soaking him with water.

Star striker Neymar was one of the chief pranksters, but was eagerly assisted by numerous teammates including Marcelo.

Coutinho later got his own back though, planting an egg smack on Neymar’s head while Marcelo held him down.

The Barca man laughed off the birthday treatment, in keeping with the high spirits of the Brazilian camp as they head into the World Cup which has seen them go undefeated in their last 11 games.

The Brazil team are in the Black Sea resort of Sochi, and will be based at the swanky Swissotel Resort as they bid for a sixth World Cup title in Russia this summer.

Brazil’s training camp in Sochi is something special. pic.twitter.com/ccttHn8E3I

Tite’s team flew into Sochi in the early hours of Monday morning, and so far seem to be enjoying the welcome their surroundings, as well as the welcome they’ve had from the locals.

The Brazilians have been drawn in a group with Switzerland, Costa Rica and Serbia, and play the Swiss in their opener in Rostov-on-Don on Sunday.