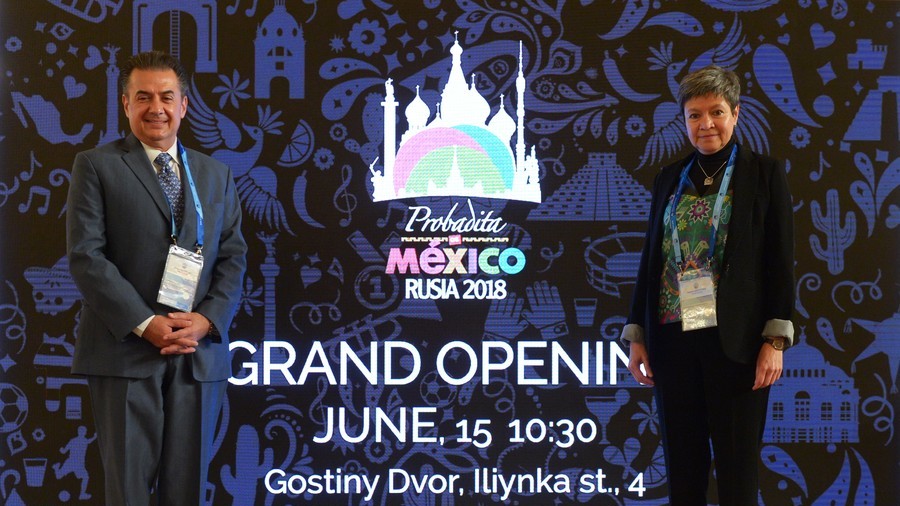 The Mexican Ambassador to Russia has said a 'Fan House' in Moscow dedicated to the Mexico World Cup squad during the Russia 2018 tournament will "build bridges" between the two countries.

The house is set to open at the Gostiny Dvor exhibition center on Friday, the day Mexico kick off their World Cup 2018 campaign in the Russian capital against reigning world champions Germany.

Fans of both countries will be treated to large screens - including one particularly big one - that will broadcast matches throughout the tournament. Mexican Ambassador to Russia Norma Pensado Moreno said the establishment will offer Russians and Mexicans the opportunity to come together and get acquainted with each others' diverse cultures.

"The Mexico House in Moscow will be a good opportunity to build bridges between our countries and our cultures. We always believe in bridges, not in wars," Pensado said during a press-conference took place at the City Press Center of Moscow on Monday.

The house will not only be open to Mexico fans, but fans from all over the World. but guests from all over the world. Mexico's other games take place in Rostov against south Korea on June 23 and against Sweden in Ekaterinburg on June 27. The Mexico team arrived in Moscow on Monday, where they were treated to a traditional 'bread and salt' Russian.