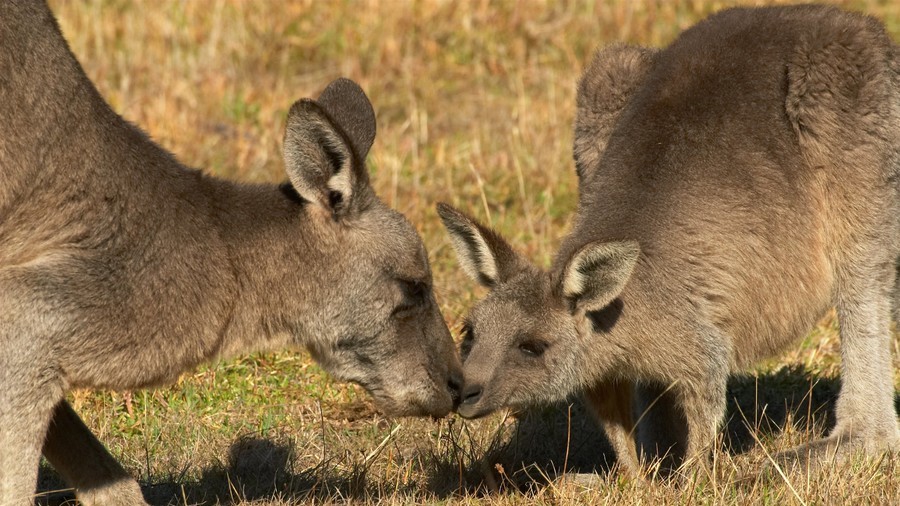 Football fever has gripped Russia ahead of the World Cup and it seems one fan in Kazan was overcome by the mood as he attempted to plant a kiss on an Australian Fox Sports presenter live on TV.

In the video, the multi-tasking passerby can be seen in shades and holding a phone to his ear while smoking a cigarette and dancing in the background during the presenter’s live report to the studio.

As the fan gets closer, he leans in to plant a smacker on the presenter, who tactfully uses his rapid reflexes to duck and avoid the fan’s affections.

The presenter, more amused than shocked, cooly shouts after the man with the traditional Aussie greeting, ‘Hello mate!’, to show all was taken in jest.

Despite his advances being spurned, the fan passerby cheekily dancing away and giving a thumbs up. In the end, the fan simply blew a kiss and a cloud of smoke in the presenter’s face, but it’s the thought that counts.

Arrived in Russia 🇷🇺 with a warm welcome #Russia2018WorldCup pic.twitter.com/qta6UrKHZ8

Australia open their World Cup account with their Group C game against France at Kazan Arena on Saturday. The 'Socceroos' arrived at Russia's Republic of Tatarstan on Sunday to a traditional Tatar welcome, and will be based at the training base of AK Bars ice hockey club in the city.