Battle of the brands: Will Adidas, Nike or hipster upstarts win the bid for your World Cup cash? 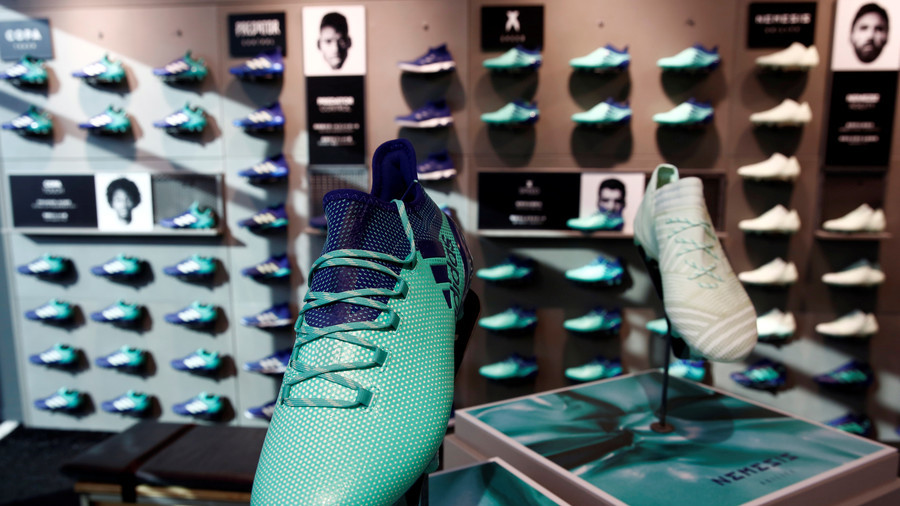 The 2018 World Cup might not officially kick off until June 14, but off the pitch the competition is already well and truly underway between the brands aiming to cash in on football’s showpiece event.

The competition between marketing teams will be every bit as intense as the action in the stadiums, as companies aim to squeeze every bit of exposure they can out of the tournament.

An estimated TV audience of 3.5 billion will tune in to the month-long football extravaganza in Russia, which will add $2.4 billion to the global advertising market, according to research by marketing firm Zenith.

The sports brands kitting out the teams and players in Russia will be among those on the biggest marketing drives at the World Cup.

But as the brands splash the cash in a bid to get you to spend, who will get more bang for their buck? We look at the main contenders and their campaigns – with some upstart hipster favorites aiming to challenge the established names.

Adidas have claimed a kit-making coup over Nike, decking out 12 of the teams in Russia to their US rivals' 10 - marking a reversal from four years ago in Brazil when Nike was the largest kit presence.

Adidas teams include reigning champs the Germans, as well as major contenders Argentina and Spain.

The Brand with the Three Stripes is also on a winning streak that has seen it kit out the last two World Cup winners – Spain in 2010 and Germany in 2014.

The last final in Brazil was an all-Adidas affair between the Germans and the Argentinians, which provided major exposure for the brand.

However, Nike have some serious contenders in the ranks as well, including the ever-popular Brazil team and other big names such as France, Portugal and England.

The Nike designers scored a smash hit with their Nigerian kit, seen as a game-changer as a kit-fashion crossover and which had a reported 3 million orders.

The battle on the box and online stepped up last week, with Nike and Adidas releasing major World Cup-themed adverts.

Nike got in the first blow by releasing its new commercial for the Brazil team, in a video which had a clear nod to the game-changing airport-themed World Cup ad from 1998.

The 2018 edition features a return for former star Ronaldo - looking rather more rotund than the '98 version - in a clip which begins with current Brazil players Willian and Coutinho knocking the ball around the changing room before switching to locations from across the football-mad nation.

The German giants launched their own star-studded World Cup advert, featuring music stars including Stormzy, A$AP Ferg and Pharrell Williams alongside the big-name footballers such as Messi, France’s Paul Pogba, and Egyptian king Mohamed Salah, all of whom who will be wearing the famous three stripes in Russia.

Nike also expects that 60 percent of players at Russia 2018 will wear its boots - including megastar Cristiano Ronaldo, who is on a lifetime deal with the US firm that could be worth up to a reported $1 billion.

The Portugal captain's CR7 boots prove a popular draw, and the spotswear firm will be hoping for a good run from the team in Russia.

Adidas can call on the might of Argentina star Lionel Messi, whose on-pitch rivalry with Cristiano Ronaldo extends to the marketing sphere.

The  can also benefit from being an official FIFA sponsor, with the German manufacturer providing the kits for match officials as well as the Telstar match ball.

But the Big Two will face competition in Russia from old stalwarts Puma and Umbro, as well as upstart hipster favorites such as New Balance.

Puma will have four teams bearing their logo in Russia - down from eight in Brazil - and will be without their traditional big names Italy and Cameroon.

But they will be hoping that one of Serbia, Switzerland, Senegal or Uruguay can go on a World Cup run that could boost kit sales.

They also have two players who could fire their way to the Golden Boot in Puma footwear - France's Antoine Griezmann and Argentina's Sergio Aguero.

Hipster footwear of choice New Balance has seen a revival in popularity in recent years, and is continuing to branch out into football.

It launched a Russia-inspired collection ahead of the World Cup titled ‘Otruska’, with the advert contrasting “Russian beauty and portentous Soviet power.”

The sportswear brand will deck out Costa Rica and Panama in Russia, who could might not be among the favorites to win the tournament, but could be popular among fans seeking something a bit more “niche.”

Old stalwarts Umbro may have fallen from the glory days of sponsoring Brazil and England, but will be backing World Cup dark horses for a decent run that could boost their coffers.

¡Feliz Cumpleaños! Happy birthday for yesterday to @edisonflores1020 - looking forward to a great summer with @tufpfoficial

Italian brand Errea might be lesser-known than their bigger rivals, but have produced a stylish Iceland kit that could see the brand win new admirers in Russia.

These brands will be aiming to make a dent in their giant rivals at Russia 2018, but one things is for sure - we can expect the marketing campaign to hot up as we move closer to the tournament, with ever-more creative attempts to push the boundaries and get fans to part with their cash.