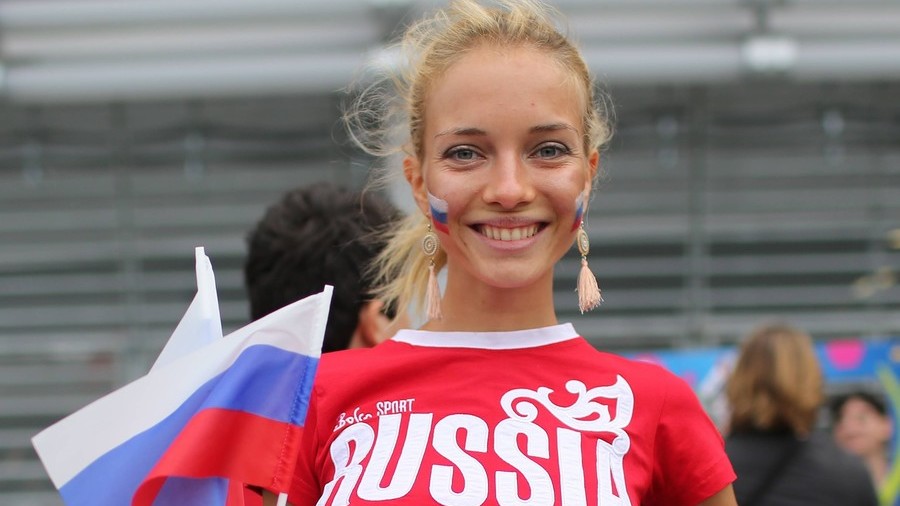 The Russia 2018 World Cup is fast approaching, and the 32 qualified teams are all suited and booted in their respective national colors, ready for the tournament. But who has the sexiest strip?

RT Sport gets the kits out for the lads and takes you through the most aesthetically pleasing jerseys on display this summer.

Iceland burst onto the international football scene at Euro 2016 with their now-famous Viking Thunder Clap and a win over England on their way to the semifinals that drew everyone’s applause.

But if The Vikings melted hearts at Euro 2016, they are sure to have supporters swooning with their impressive attire for the World Cup.

Their simple but effective number features the country’s retro football association badge perched just above the breast of an all-blue body. Pixelated sleeves create a blurry, fuzzy effect that is achingly retro.

The second and third trips are coloured garish red and pristine white for those wanting an even more quirky look to everyone’s favourite hipster team.

Even the announcement was packaged in a trendy video. Iceland is a notoriously cold country, but their kit for Russia 2018 is undoubtedly cool.

Nigeria’s kit has caused shockwaves in the footballing world. Kit manufacturer Nike has received a staggering 3 million orders for the shirts before they have even hit the shops, generating an incredible $255 million in profits for the company so far.

And it’s easy to see why. One of the few teams in world football to play in green, Nike has altered the traditional emerald shirt colour to a cool, almost tropical shade, filtered with white, all arranged in a collage of mini chevrons.

Football pop culture and fashion Mundial magazine called the kit: ​”An exciting step forward for team apparel. It's sportswear. It's made with that audience in mind, ​properly understanding what it is that people who love kits outside of just team association like about them. The colours, the shapes, the pattern: all of it is sharp as f***.”

🇳🇬 - Nigeria are going to win the kits at Russia 2018, thanks to @nikefootball. pic.twitter.com/R0HyN6rQ1S

Who can argue with such words?

Belgium’s so-called ‘Golden Generation’ will be looking like a million dollars in their retro kit. Manufacturer Adidas retained a nostalgic look for their Russia 2018 range, and Belgium’s blend of crimson, black and amber colours make for probably the most beautiful of the bunch.

👕😄 The guys are ready for Russia, in our new Home & Away kit by @adidasfootball 🇧🇪 And you ? Get yours now on shop.belgianreddevils.be & adidas.com 😉 #HereToCreate #REDTOGETHER

The screamingly red shirt is complemented by a criss-cross design across the breast, and the neatly arranged diamonds of the Belgian tricolor makes the shirt look like fancy sweet wrapping, fitting for the birthplace of chocolate.

Surprisingly, the only South American entry on the list, Colombia, is another one of the beneficiaries of Adidas’ foolproof attractive kit design.

James Rodriguez, Radamel Falcao and Juan Cuadrado will be donning the shirts that evoke memories of former kits worn by iconic figures such as captain Carlos Valderrama and Rene Higuita.

The clever jagged designs running down the sides of the jersey are a smart variation on the same idea of the Belgium shirts from Adidas.

Croatia’s design, inspired by their equally cool national flag, has, by default, ensured that, down the years, the Balkan team has always more or less had a cool kit.

Croatia’s best performance at a major tournament came during their debut World Cup - France 98 - when they reached the semifinal stage, losing 2-1 to France, the host nation and eventual winners.

June 16th, third day of the World Cup - Croatia vs Nigeria, 8pm.Two of the nicest kits in the World Cup do battle. Cannot. Wait. pic.twitter.com/3JmRYKz1tv

Nike’s glorious craftsmanship has produced the current incarnation of the famous design, which has been altered to simply feature checkered red and white squares for Luka Modric, Ivan Rakitic and co at Russia 2018.