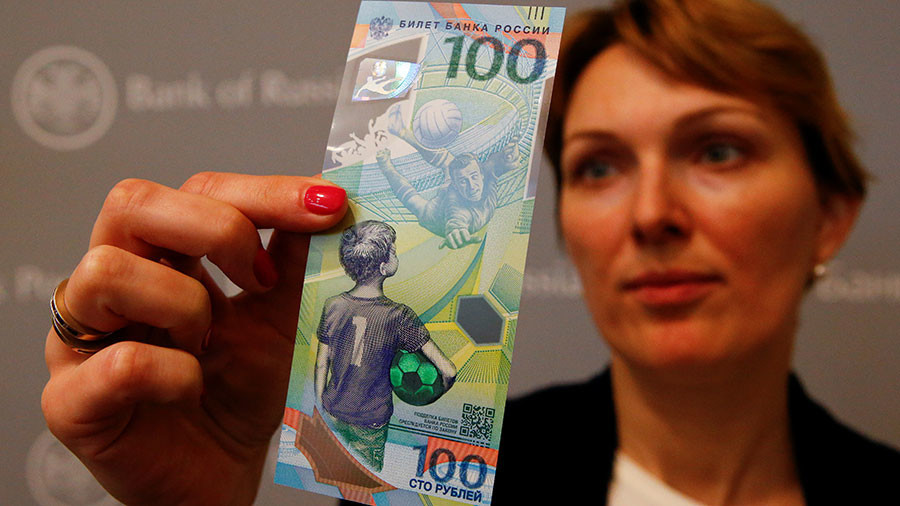 Football fans wanting to flash their cash at Russia 2018 can do so in style with commemorative 100 ruble banknotes featuring iconic Russian goalkeeper Lev Yashin released by The Bank of Russia.

Each note - worth $1.63 - features a young boy in a goalkeeper’s jersey with a football tucked under his arm while gazing at legendary Soviet stopper Lev Yashin sprawling to save a ball.

The image symbolizes the boy “dreaming of emulating the achievements of great footballers” and the “continuation of generations”, according to a bank press release. The trajectory and ball are shown on the flip-side of the note, symbolizing a “globe.”

The names of each of the 11 World Cup host cities also feature on the notes, of which 20 million have been circulated. Under ultraviolet light, the official World Cup emblem can also be seen.

The same portrait of ‘The Black Spider’ Yashin, who won the 1960 European Championships between the sticks for USSR, already features on the official World Cup 2018 poster, unveiled in November.

Another World Cup souvenir which recently hit headlines was a Russian doll featuring a referee’s whistle. However, the ambiguous artwork on the matryoshka doll caused blushes online when social media users thought the doll was blowing on something entirely different.