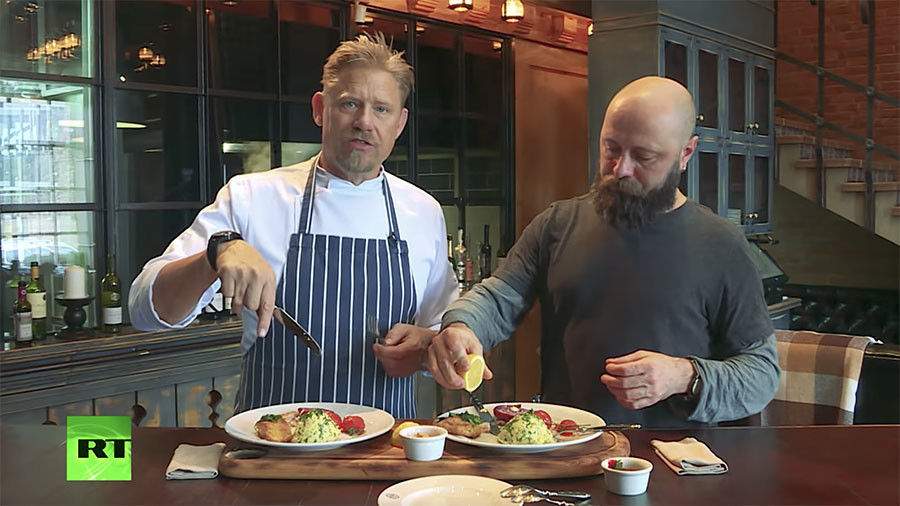 In the latest edition of The Peter Schmeichel Show, the former Manchester United goalkeeper meets with the FIFA World Cup ambassador and Rostov native, Victoria Lopyreva, who gives him several sightseeing recommendations.

Tasting the local cuisine and meeting the Cossacks were among top things to do in Rostov said Lopyreva.

Met up with @fifaworldcup ambassador @lopyrevavika in Rostov on Don for @thepeterschmeichelshow, she told me she is a big @ManUtd fan and had a great time with the traveling fans when the club was here. pic.twitter.com/shmLIhpxx0

Driven by her advice the Euro '92 winner got acquainted with the Cossacks – traditional ethno-cultural communities that have inhabited the region since 16th century.

Having a rich military tradition the Cossacks served Russian tsars for centuries - playing a key role in conquering Siberia, Caucasus and Central Asia and guarding the Empire’s borders.

The Cossacks are also expected to patrol the streets of Rostov-on-Don this summer helping police to ensure public safety during the World Cup.

A carnival atmosphere is expected to engulf the city next month, as Brazil fans will arrive in Rostov to support their national team who will play their World Cup opener against Switzerland at the Rostov Arena on June 16.

After watching the Cossack stage combat performance the Great Dane went to a local restaurant to demonstrate his cooking skills to Rostov’s most famous restaurateur Vadim Kalinich.

The legendary goalkeeper meticulously prepared all the necessary ingredients for cooking a 'traditional Danish dish' which Schmeichel called “Fish and chips.”

The Dane’s cooking talent was praised by Kalinich who taught Schmeichel a new Russian word “vkusno” which means “tasty.”