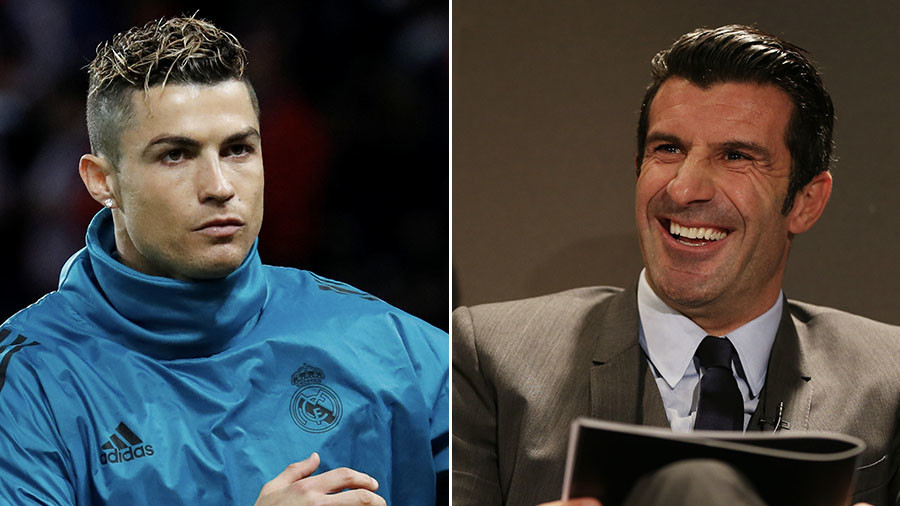 Portugal football legend Luis Figo expressed the hope that the current national team leader, Cristiano Ronaldo, will be in a good shape for the World Cup 'after a long season.'

Figo got together with Stan Collymore in the latest episode of his football show to talk about the FIFA 2018 World Cup in Russia, the tournament favorites and, of course, Portugal’s Ronaldo.

Stan met the 45-year-old former player in Dubai, United Arab Emirates, where he helped to launch the Under-13 Dubai Intercontinental Football Cup, which assembled more than 400 kids representing 13 countries.

Speaking about the kids’ tournament, Figo underlined the importance of staging junior competitions in which young players have access to great coaches and facilities, helping them to develop and evolve into high-class footballers.

“I’m very pleased to be here, because I’m an ambassador of international under-13 tournaments.” Figo said.

“I’m very pleased because I have to promote these kinds of events for kids. It’s very helpful for their development and improvement of their game. It’s also very important that you continue to work hard every day and put the passion that you have in your life, in your values and what you want to achieve in this sport.”

Figo has also spoke about Portugal’s leader, Ronaldo, and expressed the hope that winner of five Ballon d'Or awards will be in good competitive shape for the World Cup to guide his team to the football pinnacle.

“There is always the goal to do better than you did last time,” the former Real Madrid midfielder said.

“It’s always very tough at the World Cup, because the best nations are playing in that competition, [representing] different cultures and different styles of football. It’s not like when you play in Europe. So, I think it’s difficult, but I hope that Cristiano, after such a long season, can be in a good shape for the World Cup.”

The retired Portuguese player, who captained his national team to the semi-final of the 2006 World Cup, noted that the squad’s leader should have a stellar mentality, to inspire his counterparts and push his teammates forward.

“Because if you don’t believe in that, it’s better to not even start competing. Even if you think that it’s very hard and difficult to win. I think since I started playing for the national team, one of the things that my generation probably changed was the mentality.”

Figo, who was named the FIFA World Player of the Year in 2001, said that having the experience of competing in the world’s strongest leagues, the players of his generation brought Portuguese football to a new level.

“All the players at that time probably had the mentality of playing in the big teams from foreign leagues. That helps you and gives you the experience of playing at [high] level.

And, of course, it depends on each [person]: the personality, the character and why you want to win.”

When asked whom he would name as the favorites if Portugal doesn’t win the World Cup Figo said that he would bet on the defending champions – Germany.

“I think my favorites are Germany, Brazil, Argentina, Spain, and France. They have a good team too. But I bet for Germany of course, because they are the ones who always achieve the finals and have the experience [of winning] in the history of that competition.”