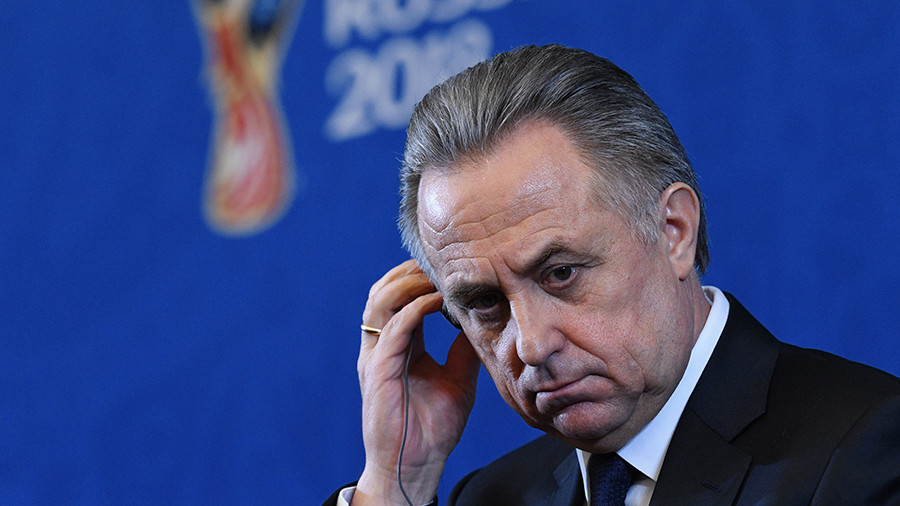 “Russia’s 2018 World Cup Local Organizing Committee regrettably accepted the news regarding Vitaly Mutko's decision to leave the position of the chairman of the organization,” the committee said in a statement on Tuesday, TASS reported.

“From now on, Alexey Sorokin, who is the general director of the organization's supervisory council, will be also in charge of the position of the head of Russia's 2018 World Cup Local Organizing Committee. Changes in the leading positions of the organizing committee ‘Russia-2018’ will not affect the course of preparation for the World Cup."

On Monday, Mutko also announced his decision to temporarily leave his post as head of the Russian Football Union (RFU). Following the news, world football’s governing body FIFA endorsed his decision, adding that the step was taken “in the interests of the 2018 World Cup.”

“FIFA understands Mr. Mutko’s decision, which was also made in the interests of the 2018 World Cup in Russia. FIFA thanks Mr. Mutko for taking such a responsible step and the work he has done so far to prepare for the World Cup,” the organization said in a statement.

Mutko, 59, explained his decision to "temporarily" leave his position to concentrate on legal proceedings regarding his lifetime Olympic ban. At the beginning of December, the International Olympic Committee (IOC) handed a lifetime ban to the former Russian sports minister, as part of the ongoing investigation into an alleged state-sponsored doping system in Russia, prohibiting Mutko from attending any Olympic Games in any capacity.

Sorokin will now occupy two positions simultaneously, but says this should not be an issue as preparations for the World Cup are already entering their final stage.

“In fact, the management of the organizing committee will not take any major changes. We regret these changes (Mutko’s resignation), but everything will continue in the working mode. Vitaly Leontievich (Mutko) will continue to supervise the preparations as the deputy minister. I am ready to work in both positions, there are no big difficulties, the project is almost done, there are operational activities where the functions of the chairman and the general director of the organizing committee will be similar, " Sorokin said.