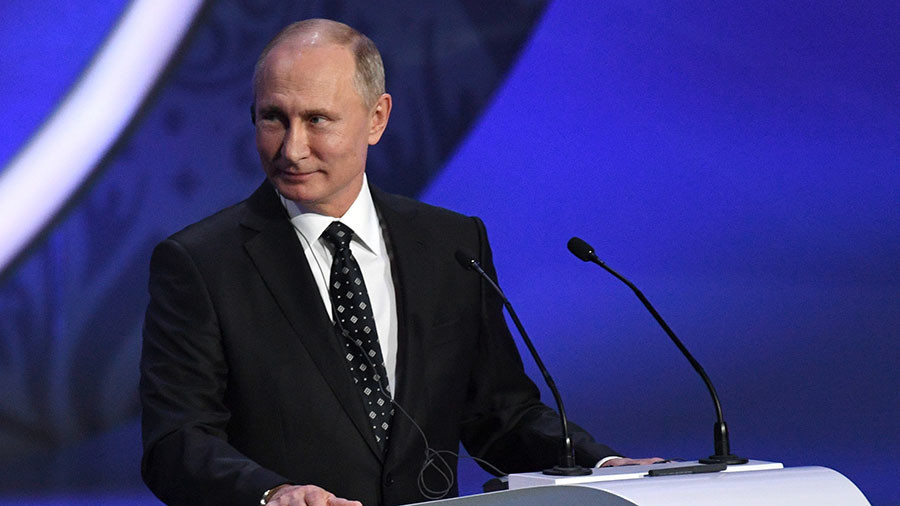 Russia, the host of FIFA World Cup 2018, will make effort to ensure that the championship is remembered as a celebration of sports and top-notch competition, Russian President Vladimir Putin has pledged.

Read more
FIFA World Cup Final Draw from the Kremlin, as it happened

“Our country is eager for the World Cup to start and intends to make it an event of the highest quality, where leading world football players will be able to show their mastery of the game, to show real big football,” the Russian leader said during the draw ceremony for the upcoming championship.

“We will do everything to turn it into a magnificent sports festival. But more importantly, to see it cement further the large and tight-knit international sports family. A family, which values most of all the sport itself, friendship and fair competition – the things that stand unmoved by any political considerations,” he added.

The president said football fans visiting Russia for the World Cup will have a chance not only to watch the games, but also to see for themselves what life is like in the country, to familiarize themselves with Russian culture, history and unique nature, and to experience the hospitality of the its people. The 11 cities that will host the tournament’s matches are spread across the country, so visitors will be able to see how diverse Russia can be.

Russia is hosting the 21st World Cup amid a level of hostility from some Western nations that is unprecedented since the Cold War, which Moscow blames on its growing international standing and irritation among Western political elites over Russia’s independent policies. The tension has affected issues unrelated to politics, including sport. Russia stands accused of running a system of doping – an allegation it strongly denies.