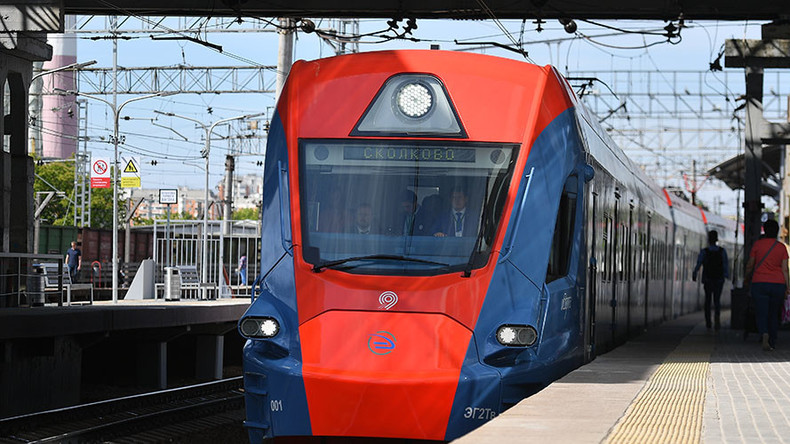 Fans traveling to FIFA 2018 World Cup games in Russia next year will be able to book free train tickets from December, it has been announced.

All fans with tickets for matches will be able to book free rail travel between the 11 host cities from December, an official responsible for transport at the tournament said earlier this week, TASS reported.

"We usually offer tickets 45 days before the scheduled train departure, but we want to shift the date to half a year in advance," Terenty Mescheryakov, head of the 2018-Transportation Directorate, said.

"This is why we want to publish the schedule in early fall and make tickets available for booking starting in December or after the New Year celebrations,” Mescheryakov added.

"We are putting into operation more trains and the exact number will be announced after the schedule gets approval.

"We have the task of providing good travel between the cities and we will cope with it."

Fans who have tickets for games and also so-called FAN-IDs will be able to book the tickets.

A similar program was available during the recent FIFA Confederations Cup in Russia, which ran from June 17 to July 2 in four host cities: St. Petersburg, Moscow, Kazan and Sochi.

Next year’s World Cup will be held between June 14 and July 15, and in addition to the cities above will also see matches in Saransk, Kaliningrad, Volgograd, Rostov-on-Don, Nizhny Novgorod, Ekaterinburg and Samara.

Qualifying is still underway across the globe, but the teams that reach the competition will go into the official draw which is set to take place at the Kremlin in Moscow on December 1.

Ticket prices for the 2018 World Cup were announced by FIFA last year, and start from US$105 for non-Russian residents. They will go on sale after the draw has been made, according to Russian Deputy Prime Minister Vitaly Mutko, who is a member of the organizing committee for the tournament.