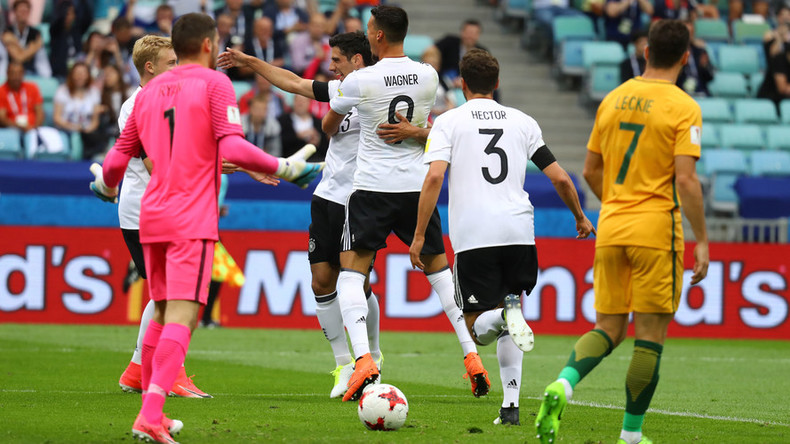 Joachim Low’s men took the lead after just five minutes when Lars Stindl broke through to fire home for his first goal for the national team.

They were pegged back when Tommy Rogic equalized for the Socceroos on 41 minutes.

Parity was short-lived, however, as just two minutes later Germany won a penalty when Massimo Luongo committed a foul in the box, with the spot kick converted by German skipper Julian Draxler to make it 2-1 at half-time.

Germany were similarly quick out of the blocks in the second half, scoring on 48 minutes through 22-year-old Schalke midfielder Leon Goretzka.

Australia again came back into the game though, and Tomi Juric netted on 56 minutes to make it 3-2 and give the Socceroos hope going into the latter stages of the game. The goal was referred to the VAR (video assistant referee) on suspicion of handball, but was allowed to stand.

Germany held on comfortably, however, and move to three points at the top of Group B alongside Chile, who defeated Cameroon 2-0 in Moscow on Sunday.

Next up for Joachim Low’s men are Chile in Kazan on Thursday, the same day as the Socceroos face African kings Cameroon in St. Petersburg.