Portugal 2-2 Mexico: All square in Confed Cup Group A clash in Kazan 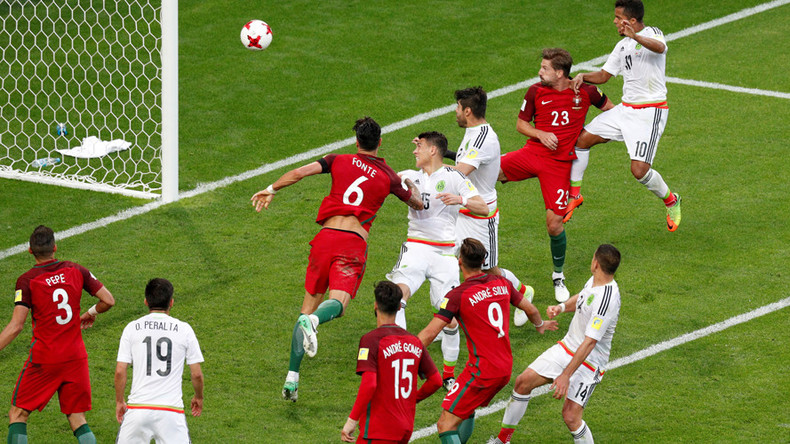 European Champions Portugal and Gold Cup kings Mexico played out an entertaining 2-2 draw in their opening Confederations Cup Group A match in the Russian city of Kazan.

After a cagey opening in front of over 34,000 fans in Kazan, the game sprang to life. Portugal thought they had taken the lead just after 20 minutes when Pepe had the ball in the net after pouncing on a Ronaldo volley that had hit the bar, but it was ruled out for offside by the Video Assistant Referee (VAR).

Portugal did eventually take the lead on 34 minutes though, when Ronaldo broke through into the Mexico box and played a lovely pass to Ricardo Quaresma, who was completely unmarked on the right, and slotted past Guillermo Ochoa.

Mexico responded well to going behind, and hit back through top scorer Javier ‘Chicharito’ Hernandez on 42 minutes, when he headed in a Carlos Vela cross.

Javier Hernandez is the only player at #ConfedCup 2017 to have scored in a previous edition (scoring three in 2013). Evergreen. #PORMEX pic.twitter.com/3tse0ZThi5

The second half started in a similarly cautious vein as the first, but came to life in the latter stages, with defender Cedric giving Portugal the lead on 86 minutes after Mexico failed to clear the danger in their box.

Portugal seemed destined to claim the Group A points, but Mexico rallied again and equalized in added time when Hector Moreno rose highest to head in a corner.

The result puts the sides level on one point each in Group A, behind hosts Russia, who defeated New Zealand 2-0 in their opening game clash in St. Petersburg on Saturday.

Russia are next up for Portugal in Moscow’s Spartak Stadium on Wednesday, while Mexico face New Zealand in Sochi on the same day.