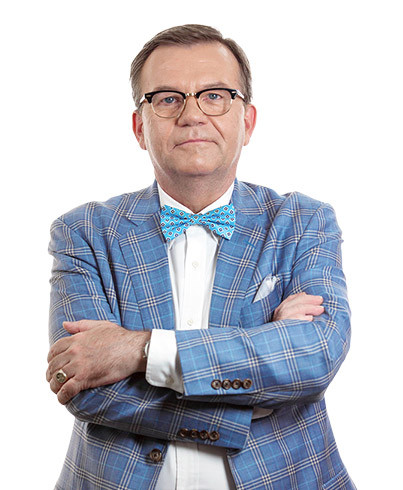 Peter Lavelle is a senior journalist and host of “CrossTalk,” presented by the English-language channel RT, a global multilingual television news network (formerly "Russia Today"). Lavelle, from California, is now based in Moscow. Prior to “CrossTalk,” Peter Lavelle hosted RT's programs “IMHO” (In My Humble Opinion), “In Context” and business program "On the Money."

Lavelle received a B.A. in International Economic Relations, an M.A. in European history, and completed Ph.D. courses in Studies in European Economic History from the University of California, Davis. He was a Fulbright Research Fellow at the Institute of Political Studies of the Polish Academy of Sciences in Warsaw, Poland. He has been living in Eastern Europe and Russia for over 30 years, working as a lecturer at the University of Warsaw, a market researcher for Colgate-Palmolive, and an investment analyst for brokerage firms, including Russia’s Alfa Bank.

Lavelle has contributed articles to a number of publications including Asia Times Online, The Moscow Times, Radio Free Europe/Radio Liberty, United Press International, The National Interest, and Current History. Lavelle also was the author of "Untimely Thoughts," an electronic newsletter.