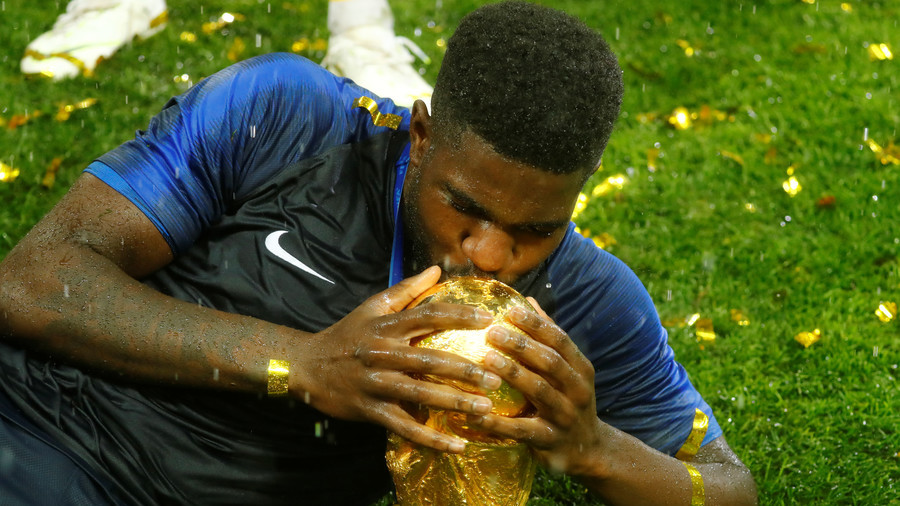 Barcelona defender Umtiti has apparently celebrated France’s World Cup win against Croatia in Moscow with some special ‘alone time’ with the most prestigious trophy in the sport.

They say that winning a World Cup is the pinnacle of any player’s career and Barcelona center back Samuel Umtiti, who was playing in his very first World Cup, clearly wants to make the most of his time with the trophy.

READ MORE: ‘Messi or no Messi, we don’t give a s***’: Details emerge of rousing Pogba World Cup speech

Umtiti posted a picture of him taking a shower with the World Cup trophy in his hands, adding: “A shower was necessary with the most beautiful.”

Umtiti was a key figure for Didier Deschamps’ side, with his powerful presence at the heart of Les Blues’ defense ensuring that just six goals were conceded by them in the entire tournament.