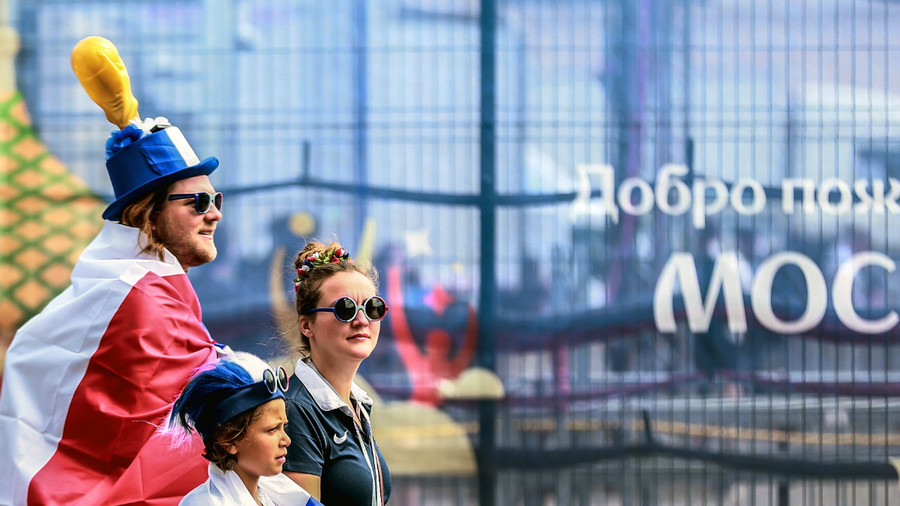 Football fans visiting Moscow during the World Cup added about 96.6 billion rubles ($1.6 billion) to the city coffers during the tournament, which ran from June 14 to July 15.

“[A total of] 3.8 million fans attended the World Cup in Russia and fans’ consumption growth in Moscow was estimated at 96.6 billion rubles,” Moscow Mayor Sergey Sobyanin said at the Moscow Urban Forum on Tuesday, R-Sport reported.

Read more
World Cup in numbers: The stats behind the drama at Russia 2018

“Speaking about expenditures connected with World Cup infrastructure, we didn’t make anything special in Moscow except for the renovation of Luzhniki Stadium to meet FIFA standards,” he added.

“The construction cost us 25 billion rubles ($400 million), but it was our capital asset and we should get back half of the money we spent during a month,” Sobyanin said, adding that World Cup expenses would see considerable payback.

Moscow hosted 12 World Cup games, including the opening match and the final – both of which were staged at the 80,000-capacity Luzhniki Stadium.

Fans from all 32 participating nations flooded the streets of Moscow during the World Cup, turning the Russian capital into a huge football festival, with Nikolskaya Street in particular becoming the epicenter of the celebrations.