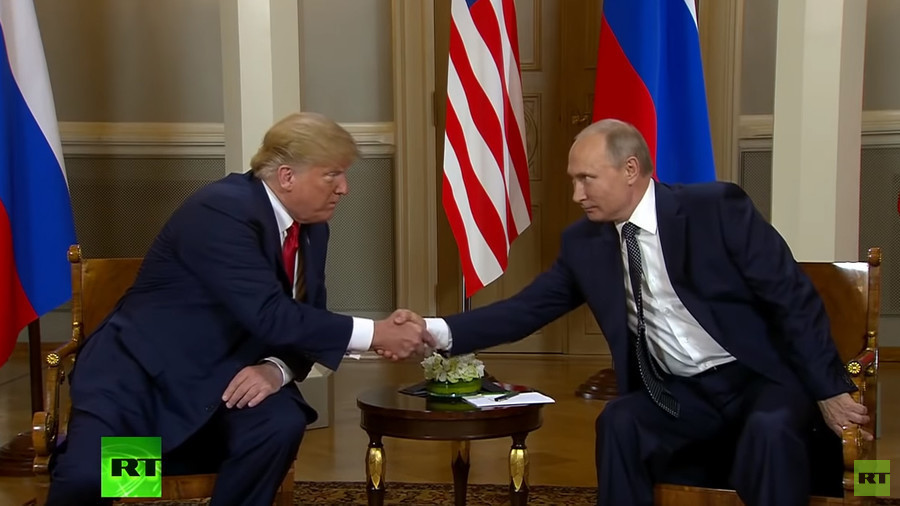 US President Donald Trump has praised Russia’s head of state Vladimir Putin for staging a “really great World Cup” during their bilateral meeting at the Presidential Palace in Helsinki, Finland.

“First of all Mr. President I would like to congratulate you on a really great World Cup, one of the best ever, from what everybody tells me, and also for your team itself doing so well,” Trump said.

The World Cup concluded in Moscow on Sunday with a grandiose final game at Luzhniki Stadium which saw the French team beating Croatia 4-2 to claim their first world crown since 1998.

The global football event which attracted millions of fans from around the globe went off without any serious incidents - destroying all the pre-tournament fears touted by Western media that had portrayed Russia as a homophobic and racist state.

The USA will co-host the 2026 World Cup together with Mexico and Canada after their joint bid won the right to organize the event at the FIFA congress in Moscow.