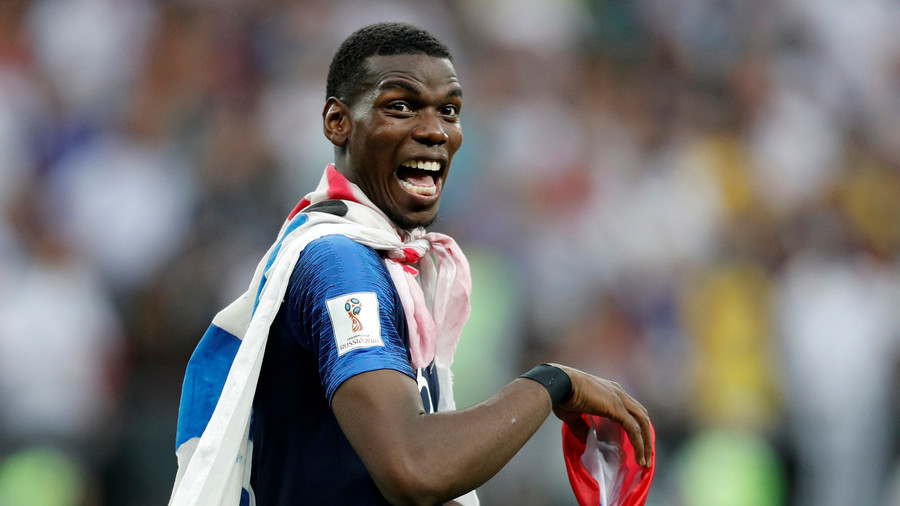 French midfielder Paul Pogba, who scored a goal against Croatia during the dramatic World Cup final in Moscow, trolled England with its fans’ favorite chant, ‘Football’s Coming Home’ as he celebrated with the trophy.

The World Cup star decided to sing the familiar tune during a winners’ photoshoot. The 25-year old cemented his star status after scoring a goal in the sensational final as France secured a 4-2 win over Croatia at the Luzhniki Stadium in the Russian capital on Sunday.

Holding the precious World Cup trophy, Pogba was seen singing and dancing in the video released online. He then started to sing England’s famous ‘It’s Coming Home’ song, offering a cheeky look to the camera.

The ‘It's Coming Home!’ chant was originally released for the Euro ‘96 tournament in England, where the team reached the semi-final stage. The song’s meaning is centered on the idea that the Euros was the first major competition to be held in the country since the nation – known as the birthplace of football – hosted and won the World Cup back in 1966. It became so popular that it was re-recorded for the France ‘98 World Cup, and the chorus proved so catchy that it is still sung by the hordes of England fans that travel abroad to watch their heroes.

The chant was sung by fans during England’s promising World Cup run in Russia, which ended with a loss to Croatia in the semi-finals.