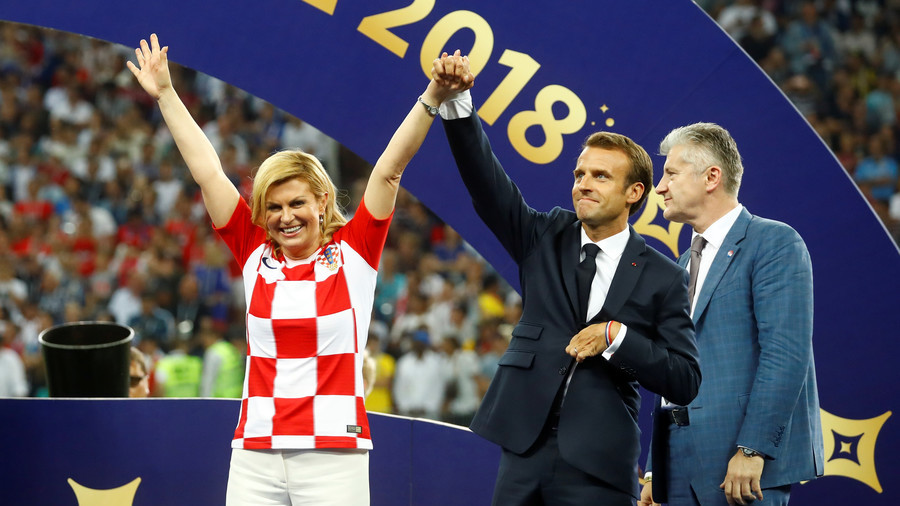 Kolinda Grabar-Kitarovic told RT that it did not matter if her country won the FIFA World Cup 2018, since playing in the finals already put Croatia “on top of the world” and she was extremely proud of her national team.

“It doesn’t really matter if we win the gold or the silver. We’re on top of the world. And I’m so proud of my nation,” Grabar-Kitarovic told RT ahead of the World Cup final. Croatia was eventually bitterly bested by France on a 4-2 score, coming in as runner-up of the championship for the very first time.

'Gold or Silver, we're on top of the world' - Croatian president on #WorldCup final in #Moscow #Croatia🇭🇷 #Russia🇷🇺

Despite of her pre-match statement, Grabar-Kitarovic got emotional at the awards ceremony, comforting the players of her national team. Captain of the Croatian team Luka Modric has been awarded the Golden Ball prize at the end of the game as the tournament’s best player.

The Croatian leader frequented the World Cup games of her national team and won the hearts of fans, showing her passionate support and boasting bright red and white team jerseys.