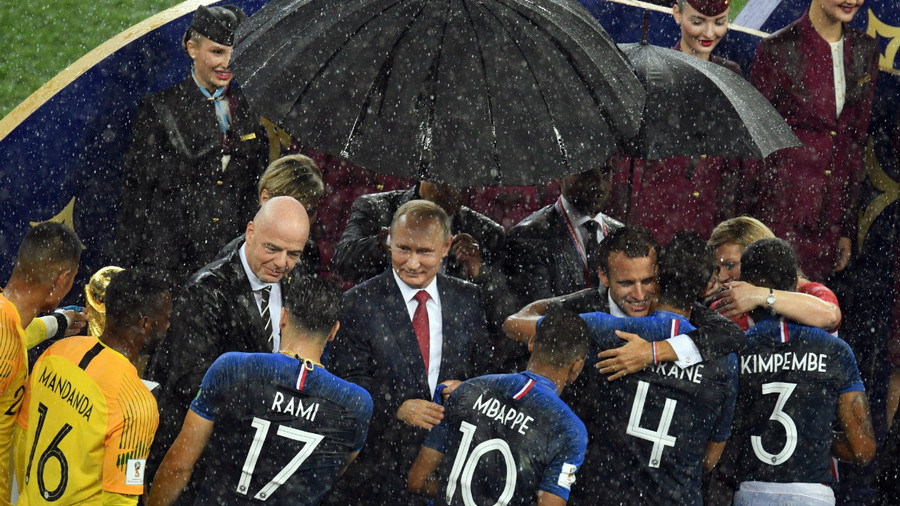 A heavy rain poured down in Moscow just as the World Cup finalists were about to receive their awards at Luzhniki stadium on Sunday.

High-profile match attendants, including Russia’s president Vladimir Putin and his French and Croatian counterparts, Emanuel Macron and Kolinda Grabar-Kitarovic, were caught by the downpour, when they climbed onto the podium to give medals to the players.

Numerous umbrellas brought to the stadium by security staff didn’t help much, as the heavy rain lashed the city and soaked every inch of the fully-packed stadium.

Drenched through to their skins, the victorious French players lifted the coveted trophy and engaged in passionate celebrations, despite the shower of rain lashing down on them.

France beat Croatia in the final to claim their first World Cup title since 1998, when La Bleus won the home championship in France.