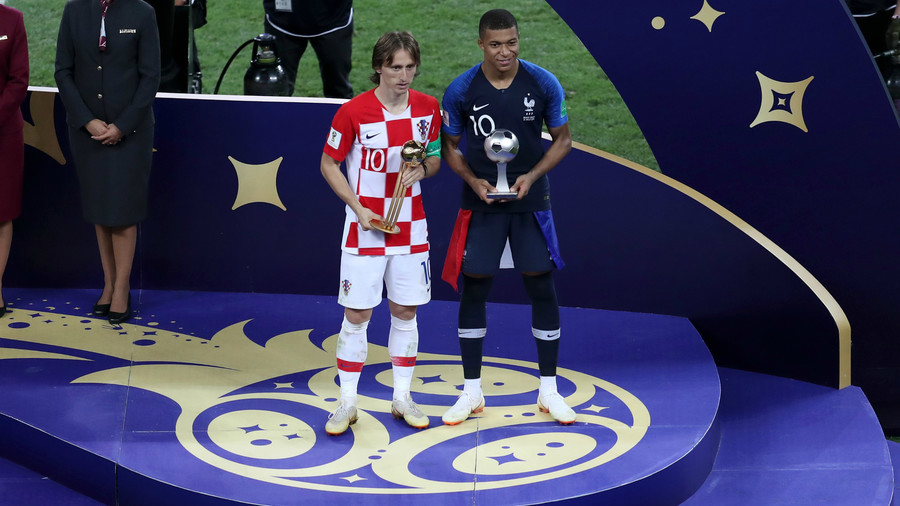 Croatian playmaker Luka Modric was rewarded for taking the small Balkan nation all the way to the World Cup final, when he won the Golden Ball as best player of the tournament, despite losing in the deciding game.

Eden Hazard of Belgium was the runner-up, while Antoine Griezmann, who was voted man of the match during the final itself, came third in the award, which is voted on by members of the media.

Kylian Mbappe, 19, who scored four goals, received the prize as best young player of the tournament, for which footballers 21 and under are eligible.

Belgium's Thibaut Courtois was given the Golden Gloves as best goalkeeper, but was not on hand to receive the award, alongside Harry Kane, England's Golden Boot winner with six goals.

In a prize they are unlikely to offer a prime spot in their trophy room, Spain, who lost to Russia in the last 16, were given the Fair Play award.