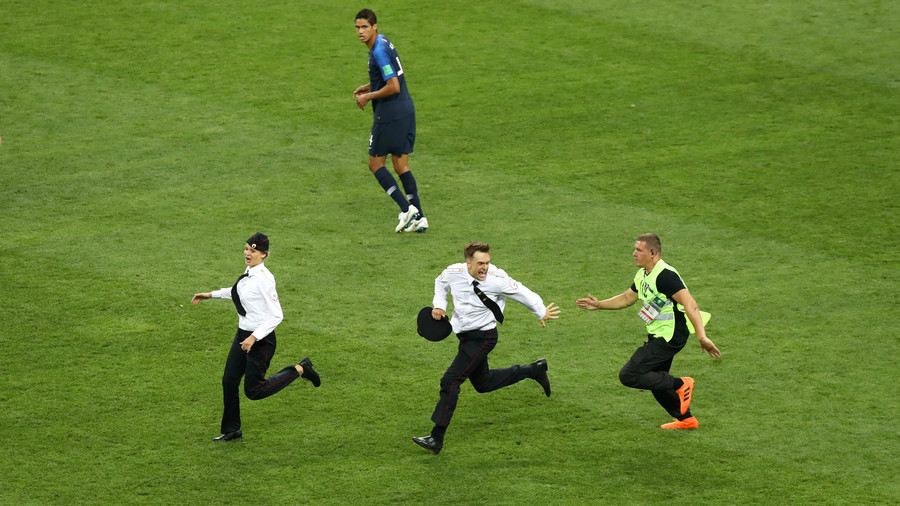 Russian activist group Pussy Riot have claimed responsibility for a four-person pitch invasion that interrupted the second half of the World Cup final between France and Croatia in Moscow.

Three women and a man, dressed in facsimiles of Russian police uniforms, were quickly detained and dragged off the field by stewards, and the game resumed within half a minute.

Minutes later, the group's Twitter account said that they had orchestrated the protest, to support Ukrainian filmmaker Oleg Sentsov, who was jailed in Russia in 2014 on charges of plotting terrorist acts in Crimea, following its secession from Ukraine.

Pussy Riot gained notoriety after performing an anti-Vladimir Putin protest in Russia's main Christ the Savior Cathedral in Moscow in 2012. Two of its members served jail terms in the aftermath, but have since been released and continued their activism both at home and abroad.

It's not yet clear which members of the collective, which has an ever-changing membership, were involved in the latest protest, or what sanctions they might face, though Reuters reported that one of those involved was LGBT activist Olga Kuracheva.