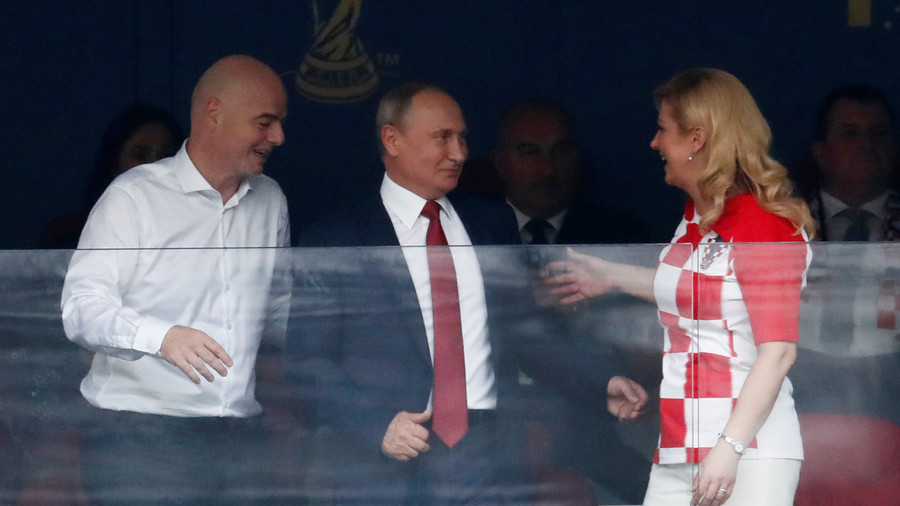 Russian President Vladimir Putin was pictured together with his Croatian counterpart Kolinda Grabar-Kitarovic during the World Cup final at Luzhniki Stadium.

Putin and Grabar-Kitarovic were spotted in Luzhniki’s VIP sector, taking a picture together with FIFA President Gianni Infantino and French leader Emmanuel Macron.

The two heads of state met earlier on Sunday to hold bilateral talks at Putin’s residence in the Kremlin.

Grabar-Kitarovic, who came to Moscow to support the national football team as they progressed to the World Cup final for the first time in history, presented Putin with a Croatian football jersey with the Russian president’s name printed on the back.

Putin gave his Croatian counterpart a bouquet of flowers before their meeting at the Kremlin.

The final between Croatia and France attracted many high-profile guests to the stands, including US movie star Will Smith and International Olympic Committee (IOC) President Thomas Bach.