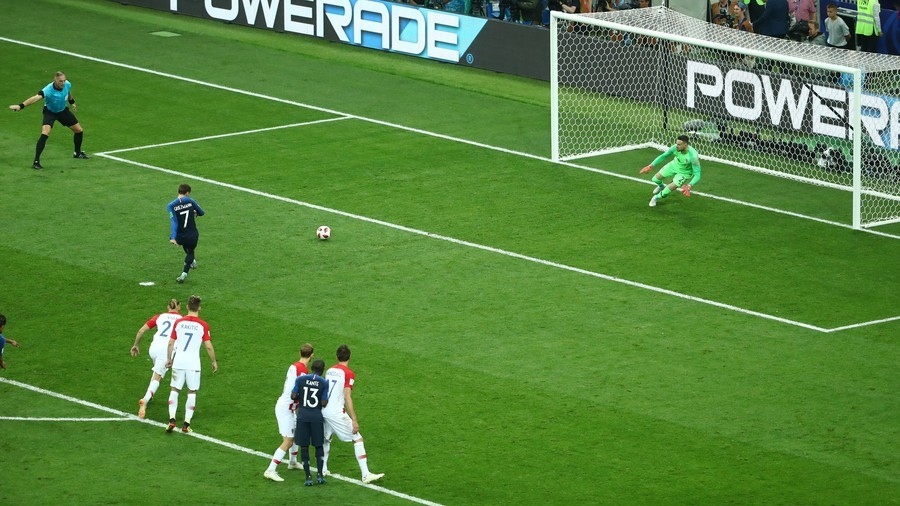 Les Bleus were beneficiaries of the main innovation of Russia 2018, when the video assistant referees suggested Nestor Pitana review a likely hand ball in the Croatian penalty box. Pitana ordered a spot kick, which France scored.

Antoine Griezmann put the ball to the wrong side of Danijel Subasic, and had a chance to do his trademark goal dance.

But online, opinion of the decision to penalize Ivan Perisic, who had scored just minutes earlier provoked controversy, with diametrically opposed opinions.

VAR (via the referee Pitana looking at a replay) awards a penalty kick to France in the #WorldCup finalThe correct decision. Relatively quick and easy. Another superb moment for VAR #FRA 1-1 #CRO #FRACRO #WorldCup

Shame if the #WorldCupFinal is decided by that terrible penalty decision. Showing that even with VAR mistakes can be made. #FRACRO

two obvious things being missed right now1. If a corner is swung in, and without getting a significant deflection hits someone's hand away from the body, that's a penalty. 2. VAR didn't make the decision, the referee did.