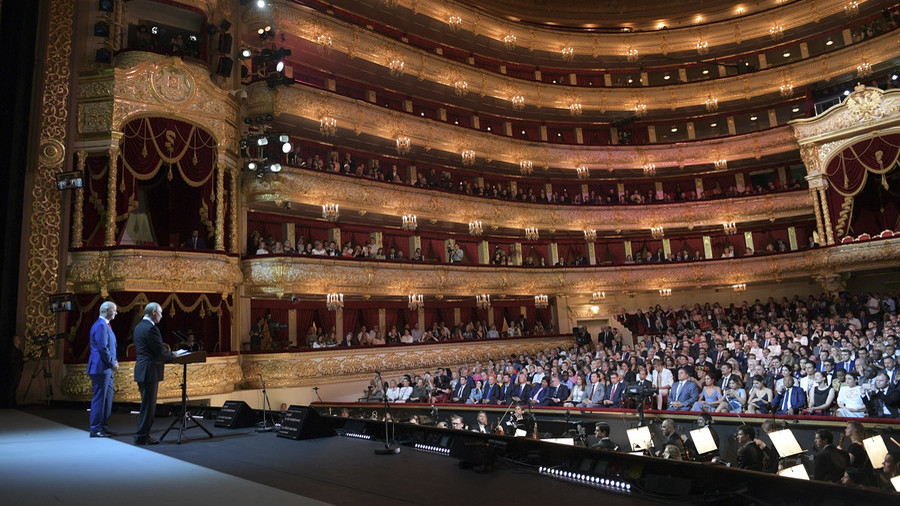 Russia has hosted “the best” World Cup in history, which has changed the perception of the country around the world and proved it to be “truly” a football nation, FIFA President Gianni Infantino said, ahead of Sunday’s final.

“This World Cup has proved that Russia is a truly football country. Thank you, Russia, for hosting the best World Cup in history,” Infantino said, at a gala concert at Moscow's Bolshoi Theater, Sputnik reports.

Thanking the host country multiple times in Russian, Infantino noted that the tournament changed public perceptions of the country throughout the world. Speaking at the podium in front of honored guests, FIFA’s chief tried to imbue the famous concert hall with a Luzhniki stadium atmosphere, by leading the audience in the cheer “Rossiya, Rossiya, Rossiya!”

Addressing the audience at the opening of the gala concert in honor of the tournament, Russian President Vladimir Putin noted that all anti-Russia myths, disseminated by critics, have collapsed following the 2018 FIFA World Cup success.

Stressing that Russia’s efforts were praised alike by athletes, by media representatives, and by fans, Putin noted that the entire country is “thankful for the millions of kind words that the World Cup guests said about Russia and our people.”

“We’re glad that they liked our hospitality and openness, nature, culture, traditions of our big country,” the president continued. “We are glad that our guests saw everything with their own eyes, that myths and prejudices have collapsed.”

Putin also promised to look into creating a “comfortable visa regime” for fans, who “have fallen in love with Russia,” and want to return with their families.

The month-long tournament concludes at Moscow's Luzhniki Stadium on Sunday, where Croatia will clash with France for the title of World Champion.