How do Gareth Southgate’s England side rank against the class of 1990? 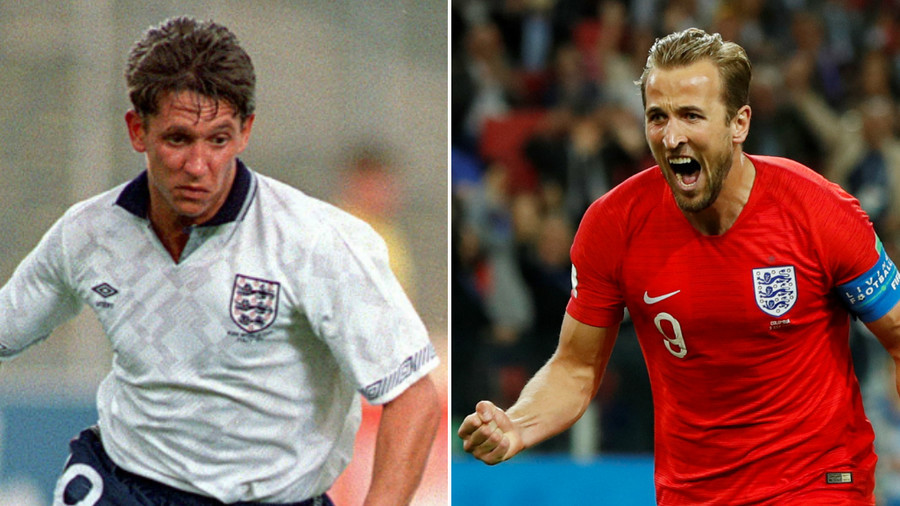 England’s defeat to Croatia in the World Cup semi-final means that Southgate’s men couldn’t go one better than their 1990 counterparts, but how does the current crop of England players rank against the team of 28 years ago?

The Three Lions suffered that all-too-familiar feeling of World Cup heartache against Croatia in Moscow’s Luzhniki Stadium, with an extra-time goal from Mario Mandzukic enough to quell once and for all any remaining refrains of ‘It’s Coming Home’, for another four years at least.

England will be heartened by their performances in Russia. The young team, under the guidance of a young coach, all performed admirably and, unlike the class of 1990, there is no penalty shootout ‘villain’ to shoulder the responsibility of their exit from the World Cup.

A tale of two goalkeepers of vastly different experience. Peter Shilton was a stalwart for England throughout his career, winning the last of his 125 international caps at the age of 40 in 1990. By the time Italia ‘90 rolled around Shilton, who was representing Derby County at the time, had lost some of the agility which had made him a legendary figure for England between the sticks but can boast a record-equaling 10 World Cup clean sheets on his resumé.

Pickford, meanwhile, has just 9 caps to his name (with 8 of those from 2018 alone) but has gone a long way to establishing himself as first choice in what has long been considered a problem position for the English. The Everton shot-stopper is also the first England goalkeeper to successfully guide his side through a World Cup penalty shootout, a statistic which edges him ahead of Shilton in our book.

No contest. England have traditionally had a problem in developing left-sided players in both attack and defense and, while Ashley Cole was lauded by some as the best in that position in the world during his England career, even he couldn't compare to Stuart ‘Psycho’ Pearce. The Nottingham Forest player was a rock at the flank of the English rearguard, as well as a deadball specialist and a genuine leader of men.

Manchester United’s Young is the square peg in a round hole situation for England. He is not a natural left-sided player, which can stifle the flow of English attacks on his flank.

Both Walkers are defined by impressive physical characteristics. Des, who was two years removed from a transfer to Sampdoria in Italy’s Serie A, was considered England’s best ‘pure’ defender in 1990. His positional play and searing pace was second-to-none in the English backline, attributes which led to him dominating the center of England’s defense despite his relatively short stature.

Kyle, meanwhile, is still adapting to being one of the three central defenders in Gareth Southgate’s system but acquitted himself excellently in Russia. He barely put a foot wrong in the tournament but still has a way to go to match the overall influence of the elder Walker.

A ‘blood and guts’ center half (literally, see his iconic blood-splattered picture from a 1989 qualifier against Sweden for evidence) Terry Butcher was the type of defender who was put his head in places that most players wouldn’t even consider - and he has the scars to prove it.

Harry Maguire was excellent in Russia but has a long way to go replicate the performances of one of England’s most influential leaders.

Both Stones and Wright were tasked with similar roles by Southgate and Bobby Robson respectively. Manchester City’s Stones is a stylish defender, comfortable on the ball and comes complete with a range of passing uncommon for his position.

Mark Wright was deployed as a sweeper behind the back four in 1990 and was responsible for building attacks from the back but Stones appears more adept in this particular role, even if Harry Maguire takes the lion’s share of rampaging bursts from the back.

Tottenham’s Trippier has been a revelation for England in Russia. His defense is solid but it is his attacking runs, work rate and quality of his delivery from England’s right flank which has set the former Burnley man out from his peers. There hasn’t been a better right-sided defender in the entire competition.

Paul Parker won’t have positive memories of the semi-final in 1990 as a West German shot deflected off the then-QPR defender and looped over Peter Shilton to give them the lead. Parker was a fine defender but didn’t possess any of the intangibles which Trippier has.

Although he was one of the players guilty of missing a penalty in the semi-final shootout, Chris Waddle was still one of the stars of the England side who were so close to making the final. He was a revelation in Italy 28 years ago, some even saying he outperformed Paul Gascoigne, and it is a shame for one of England’s most talented players in generations that the sum of his England career comes down to that skied penalty in Turin all those years ago.

Jesse Lingard has been solid if unspectacular in this England team but has had nowhere near the influence of Waddle.

It would be hard to think of two England midfielders with as contrasting talents as Jordan Henderson and Paul Gascoigne. Henderson is a hard-working, industrious central player who rarely puts a foot wrong while Gascoigne was the creative impetus from which England's attacking flair was borne.

'Gazza' was one of the biggest talents of that, or any other, England generation and takes this slot 10 times out of 10.

This is a closer one. Alli is perhaps England’s most bankable goalscoring threat from midfield while Platt, who emerged as a star during Italia ‘90, went on to forge a very impressive career with the likes of Sampdoria, Juventus and Arsenal.

This is a pick ‘em but Dele Alli just about takes it because of his knack for finding the net with late runs to the far post.

In spite of his obvious talent Raheem Sterling has struggled to be productive in the white of England, scoring just twice in his 43 caps. Sterling’s energy, pace and attacking instincts are important in stretching the defense to allow room for the likes of Kane and Alli but in terms of a tangible effect on the scoreboard, Sterling comes second to Peter Beardsley who was one of the most consistent creators in English football for years.

Gary Lineker was England’s primary attacking outlet in 1990, and one of their greatest ever goalscorers, but it says a lot about the threat which Harry Kane brings to the team that in all the individual characteristics of a natural goalscorer - positioning, pace, aerial ability and finishing - it is difficult to think of any single area in which Lineker was ahead of the Tottenham marksman.