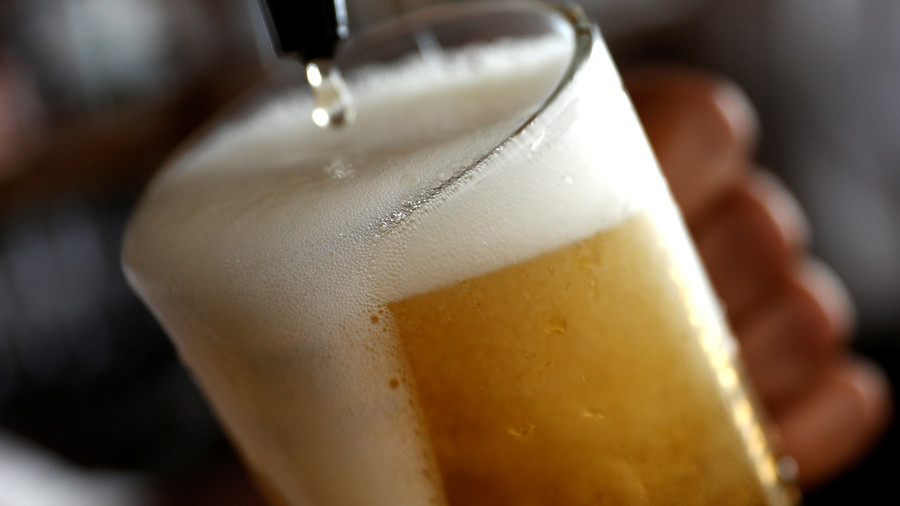 Lloyd Burr, a TV reporter from New Zealand AM Show, got a pint of beer thrown in his face while he was reporting live on the World Cup semi-final between England and Croatia.

The game which ended 2-1 in favour of the Balkan team ruined the dream of 'football is coming home', leaving millions of England fans in disappointment.

Burr’s live report was interrupted by an infuriated fan, who later turned out to be an Australian, and who unleashed his rage onto the journalist by hurling the drink directly into his face.

poor @LloydBurr after #Eng lose to #cro at the #WorldCup pic.twitter.com/JN0MNUx0eL

“I’ve got a very angry England fan coming up to me," Burr said at the moment, when the referee was about to blow the final whistle marking England’s elimination from the gold-medal contention.

The reporter hardly had time to finish the phrase when he was splashed in the face with the drink.

First time to Croydon, south London and what an initiation! Apart from the beer in the face (by a drunken Aussie), it was an epic atmosphere to watch a great game. @simonmorrowNZ and I are all good. Thanks for your kind messages.

"It's gone from jubilation to frustration, then anticipation... now it has turned to anger," he said while wiping the drink frpm his face.

Burr later said that he enjoyed his experience of covering the match in south London “apart from the beer in the face (by a drunken Aussie).”