Croatia's Vida warned by FIFA but avoids suspension over 'Glory to Ukraine!' video after Russia win 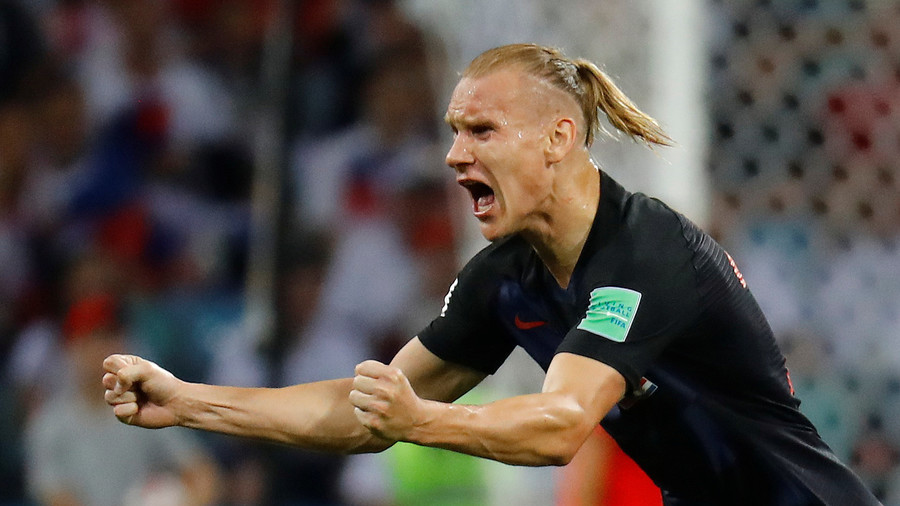 Croatian defender Domagoj Vida has been issued a warning for unsporting behavior, but was not been fined or suspended by FIFA over a post-match video in which he paints Croatia's win over Russia as a triumph for Ukraine.

"We can confirm that FIFA’s Disciplinary Committee has sent a warning to the player Domagoj Vida due to his video statement following the 2018 FIFA World Cup match between Russia and Croatia," the football governing body told RT in a statement.

In the video, posted online by Ukrainian journalist Andrey Shakhov, Vida, the scorer of Croatia’s extra-time goal, and a shootout penalty in Saturday's World Cup quarter-final, shouts “Glory to Ukraine!”

The slogan has its roots in Ukraine’s nationalist and anti-Russian movement in the 20th century, and became the rallying cry for the Maidan revolution in 2014.

A second person in the same video, Ognjen Vukojevic, a recently-retired Croatian international who played in Kiev, and now works as a scout for the national team, underlines the message by adding “This victory is for Dynamo Kiev and for Ukraine.”

The clip has gone viral in both, Russia and Ukraine, with over 800,000 views on YouTube in just hours, and was widely covered in the media in both countries, reopening fresh wounds between Moscow and Kiev.

Vida, who represented Dynamo Kiev from 2013 until this year, has tried to play down his comments as “just a joke,” saying that he “likes Russian people” and that there were “no politics involved.”

Likely because their transgression was not on the pitch, Vida and Vukojevic have got off lighter than Switzerland’s Granit Xhaka and Xherdan Shaqiri, who were fined $10,000 each by FIFA, which disapproves of political statements during internationals, for their pro-Kosovan "eagle" celebrations during their team’s win over Serbia in the group stage.