Ronaldo to Juventus: What we know about transfer rumors 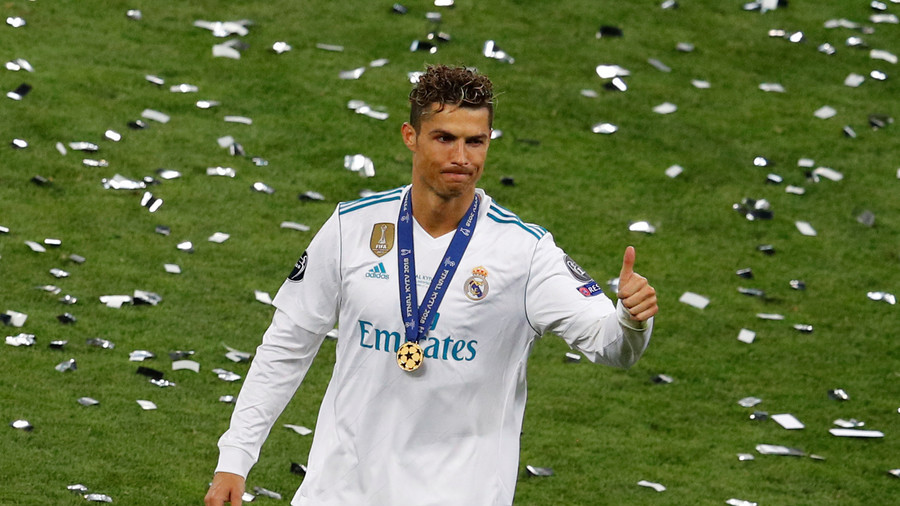 Real Madrid are reportedly considering a $116 million transfer bid for Cristiano Ronaldo from Italian giants Juventus, in a move that would see the player move on after nearly 10 years at the Spanish club.

Ronaldo has just returned home from the World Cup in Russia, where he scored four goals in four games but ultimately bowed out early as Portugal were defeated 2-1 by Uruguay in the last 16.

The attention has now very much switched to his club career, with rumors he could be on the way to Juventus.

Here’s what we know about the reports so far.

There are contrasting reports about the stage of the discussions between Real Madrid and Juventus, with Portuguese outlet Record saying that a four-year deal is as good as done and could be expected “within a matter of hours.”

However, Sky Sports have reported that the Madrid club are currently weighing up the proposal and are yet to reach a decision.

Ronaldo has been at the Bernabeu since 2009, and has scored a record 451 goals for the club.

He’s won four Champions League titles with the Madrid giants - and five in total - and although at 33 he is undoubtedly entering the twilight of his career, he was as instrumental as ever in Real’s most recent European triumph in May, scoring 15 goals in the team’s campaign.

However, Real may see the age factor as key, and could look to cash in now while looking to reshape the team.

They are said to be keen on bringing Neymar back to Spain, and Ronaldo’s move could pave the way for that – although it would be sensational news given the Brazil player’s Barcelona history and the astronomical fee required to prise him away from Paris Saint-Germain.

There are also issues away from the pitch for Ronaldo, such as his reported agreement with the Spanish tax authorities that is said to have involved him accepting a fine and suspended jail term over allegations of fraud.

He has flirted with a departure from Madrid before, with similar tax issues last summer and reports he was unhappy with a lack of support from the hierarchy at the club.

This time it could be seen as the right time for a move from both sides.

CAN JUVE AFFORD IT?

Juventus have remained tight-lipped about a possible offer, but it would certainly involve paying more than the €90 million they spent on Gonzalo Higuain in 2016.

That transfer was funded largely from the money the club received from Manchester United for the sale of midfielder Paul Pogba, and with no such sales made this summer, a Ronaldo arrival would no doubt mean some financial restructuring from a club that sits 10th in Deloitte’s football rich list.

Portuguese media state that wage demands would be around €30 million a year - estimated at four times higher than Higuain, who is Juve's current highest earner.

However, Juventus will no doubt have been impressed by what they saw from Ronaldo in the club’s meeting with Real Madrid in the Champions League quarter-final this year, when the striker scored a stunning overhead kick.

Despite the cost, they would also consider the commercial revenues from one of sport’s biggest names a huge benefit.