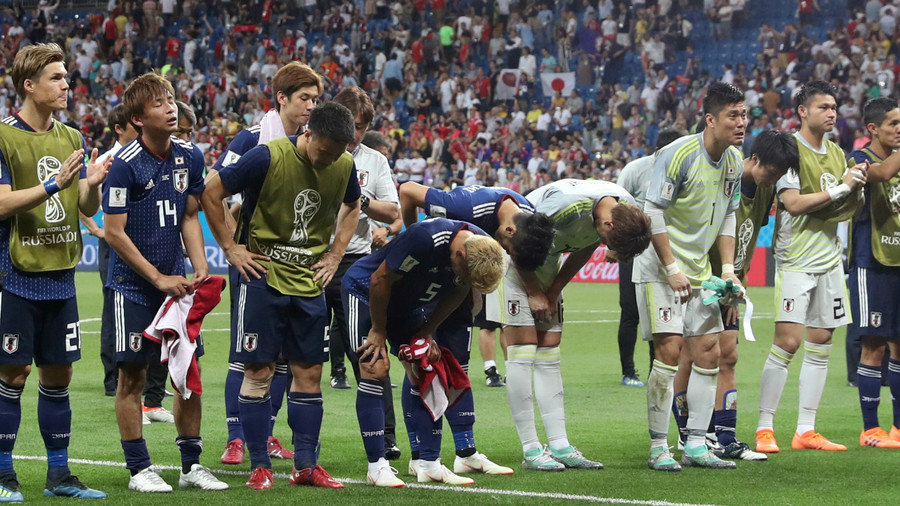 Japan’s football team proved to be one of the classiest at the World Cup after the players bowed to the fans and meticulously cleaned out the locker room following their heartbreaking defeat to Belgium.

The Japanese squad were eliminated from the World Cup tournament in a disappointing 3-2 defeat to Belgium on Monday.

Japan jumped out to a 2-0 lead, but it wasn’t enough, as they conceded three consecutive goals – with the decisive third goal occurring in the final seconds of the match.

Despite the heartache, the Japanese footballers rose to the occasion and respectfully bowed to the fans, who fiercely supported them during the match.

Confirming their status of the most disciplined and well-mannered team, the Japanese cleaned out their locker room at Rostov Arena, leaving it impeccably spotless. They also left a thank-you note in Russian on the table for the hosts of the event that they enjoyed for more than two weeks.

Japan was eliminated from the World Cup today in a game where they were leading 2-0. Despite their heartbreak they took the time to clean their bench and locker room leaving it perfectly clean. Thank you for being an example of pure class and I hope more take your lead. pic.twitter.com/NoDKascNie

Japanese fans, who were devastated by the loss, also didn’t leave until they cleaned up after themselves. Wiping away the tears, they helped the stadium workers pick up trash in the stands.

After their stunning comeback against Japan, Belgium will now face Brazil in the World Cup quarterfinals on June 6 in Kazan.