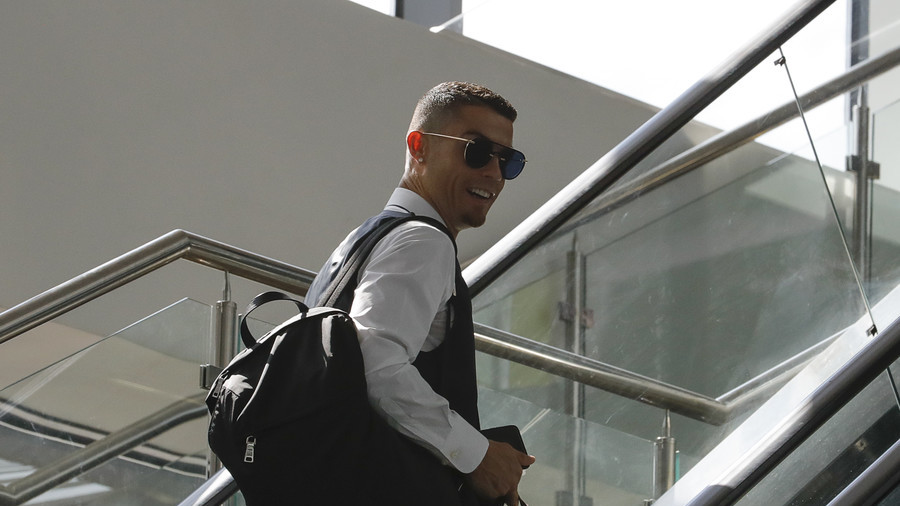 Cristiano Ronaldo managed a smile despite departing Russia on the back of World Cup heartache as he flew home with the Portugal team on Sunday.

Portugal suffered a 2-1 defeat against Uruguay in their World Cup last 16 game in Sochi on Saturday night.

Ronaldo and the team left Zhukovsky Airport on the outskirts of Moscow on Sunday - the same airport they arrived at before the tournament - with the star man looking sharp in a waistcoat and sunglasses.

Despite the disappointment of exiting a World Cup early – meaning he will be denied the elusive piece of silverware missing from his trophy cabinet -  Ronaldo managed a smile for the cameras.

The star striker managed four goals in Russia, including a stunning hat-trick in the opening game against Spain. His goal against Morocco at Moscow’s Luzhniki Stadium also saw him become Europe’s all-time top international scorer on 85 goals, one ahead of Hungarian legend Ferenc Puskas.

However, he was largely a peripheral figure in the defeat to Uruguay, being upstaged by Uruguay frontman Edison Cavani, who struck a stunning brace as Portugal went down to a 2-1 defeat.

At 33, many feel we have seen the last of Ronaldo the World Cup, although the player himself shunned questions on the issue after the defeat against Uruguay.

'It's not the right time to talk about my future, or about the coach or any of the players,” he said at Sochi’s Fisht Stadium.

He also had words of praise for the tournament organizers in Russia, saying: “The organization [in Russia] was a positive surprise. I think the tournament is very well structured, a lot of security. I leave here happy," according to globo.com.

“Things were not what we wanted [on the pitch], but at the security level, it was very good.”

The Portugal star will look to take some time off before he rejoins club team Real Madrid for pre-season training.