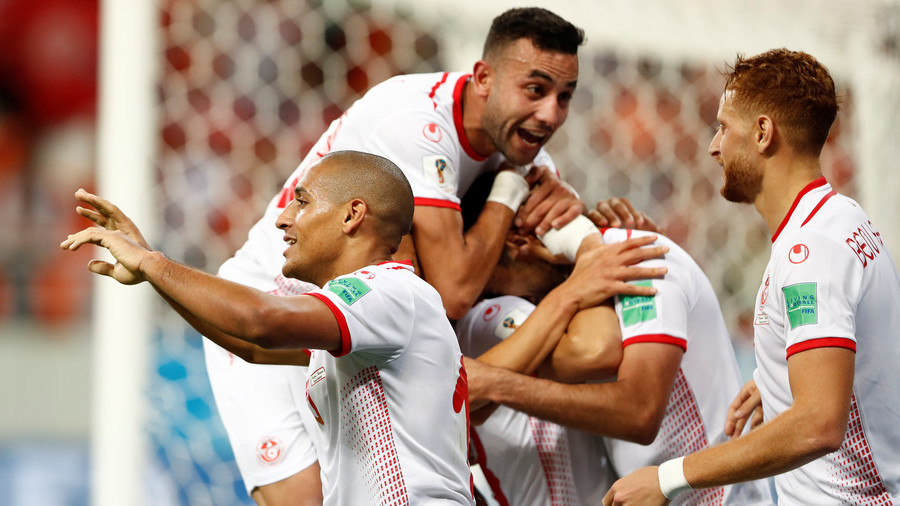 The North African side ensured they won’t leave Russia 2018 empty-handed but they were forced to overcome a Panama side who came close to recording their first ever World Cup win.

Second half strikes from Fakhereedine Ben Yousef and Wahbi Khazri canceled out a 33rd minute own goal from Yassine Meriah to record Tunisia’s sole World Cup win in a balmy Mordovia Arena on Thursday evening, sending the Central American side home without a point from their World Cup campaign.

In truth, both sides will go home with their heads held high despite the gulf in class between them and the top two in Group G. Despite the defeat, Panama exorcised at least some of the demons from their 6-1 defeat against England turning in a gutsy performance which gave them a deserved first-half lead as Gabriel Torres’ shot was turned into his own net after an unfortunate deflection off Meriah’s boot.

Panama’s endeavor throughout the opening stages of the game, where they harried Tunisian possession continuously force errors, was reaping dividends and the goal was a just reward for starting the game the brighter of the two sides.

Tides would soon turn, however. Tunisia started the second half with a verve which wasn’t obvious in the first and they leveled proceedings with a smart goal from Ben Yousef following good play from Khazri on the right. Sunderland man Khazri worked a good crossing position before delivering a perfect ball into the stride of the onrushing Ben Yousef who had a simple task in powering the ball past the ‘keeper.

By now Tunisia’s superior technique was beginning to show and on 65 minutes Khazri showed his class once again, finishing from close rong after good interplay down the Panamanian right.

Less than ten minutes later, Panama looked to have salvaged a point when Barcenas powered home a drive from outside the box and it was only as the player wheeled away in celebration that he realized that the match official had pulled the game back for a foul in the build-up.

In the end it was Tunisia who avoided last place in Group G with their first World Cup win since 1978 but Panama exit Russia on the back of a spirited performance befitting of football’s grandest stage.