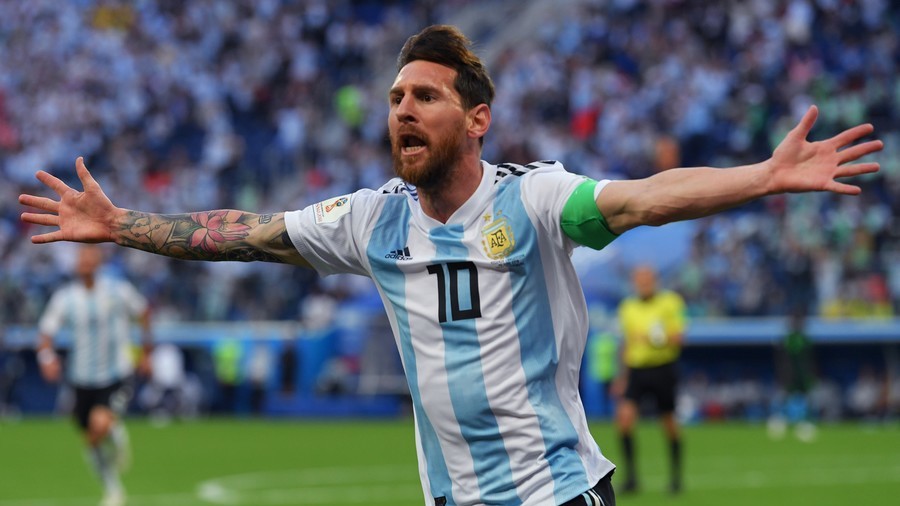 Lionel Messi has scored his first goal of the Russia 2018 World Cup. The Argentina captain broke his duck in Russia in his country's third and final make-or-break Group D game against Nigeria.

Messi deftly took down a beautiful through pass from Ever Banega from near the halfway line on his left thigh before taking a touch and then firing in right-footed past Super Eagles keeper Francis Uzoho to make it 1-0 to La Albiceleste in St. Petersburg.

Argentina need to win the match and better Iceland's result against Croatia by one goal in the group's other match after winning just one point from their first two group games - a draw and a 3-0 loss against those two nations respectively.

With the goal, Messi became the first player to score a World Cup goal as a teenager, in his twenties and in his thirties.