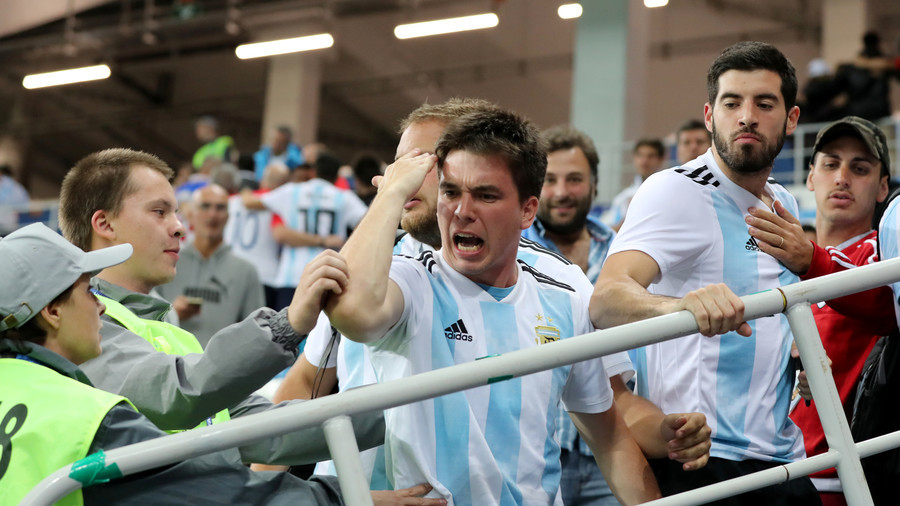 World football governing body FIFA has fined the Argentina football federation 105,000 Swiss Francs ($105k) after their fans were found guilty of using homphobic chants after their 3-0 loss to Croatia in their Group D game.

The incident happened after Argentina's shock defeat, which left Argentina winless after two World Cup game and needing a win in the final group game to qualify.

A FIFA statement read that the federation had been involved in “supporters in fights, throwing objects and homophobic and insulting chants as well as for breaching the Media and Marketing Regulations for failing to attend a flash interview”.

Following the loss in Nizhny Novgorod Stadium, four Argentina fans were filmed viciously attacking Croatia fans on the concourse of the arena.

Argentina’s Security Minister Patricia Bulrich asked Russian authorities to "arrest and deport" the four in a tweet accompanied with pictures of each of the men.

“Elía, Pardo, Eslejer and Catalán are the four hooligans identified in the video who savagely beat a Croatian citizen. We are asking #Russia authorities to arrest and deport them,” Bulrich wrote on Twitter.