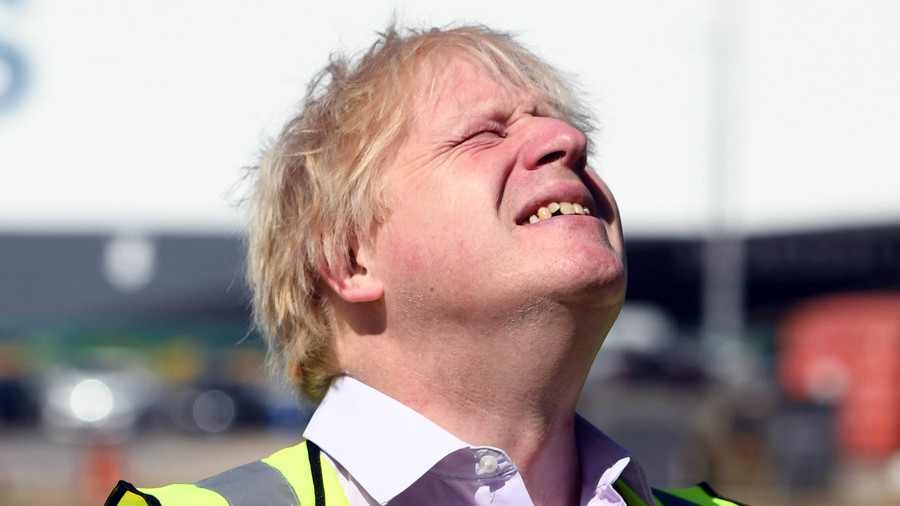 Johnson was a leading voice in criticizing Russia ahead of the tournament in the wake of the poisoning of former double agent Sergei Skripal in Salisbury, which the UK blamed firmly on Russia while rejecting Moscow’s calls for a fully transparent investigation.

The scandal led to the UK preventing senor officials and dignitaries from attending the World Cup in Russia – although as England took a 6-0 lead against Panama in their match on Sunday, RT special guest host Collymore mockingly tweeted that he was “gutted” Johnson wasn’t in Russia.

I'm gutted Boris Johnson isn't here to see this.Huge impact on the team without his support. 💦✊🏻

England struck five goals in a rampant first-half against Panama, including a double from the penalty spot by Harry Kane – racking up the highest number of goals ever scored by the Three Lions in a World Cup finals match.

Kane added a somewhat lucky sixth – and a hat-trick for him – when the ball deflected off his heel and looped into the Panama net on 62  minutes.

RT op-ed contributor Neil Clark also took the time to question the calls from certain quarters for England to boycott the tournament in Russia.

It’s currently England 6 Panama 0. If England go on & win this World Cup - which is perfectly possible given how open it is- we shouldn’t forget those NeoCon calls for us to boycott the tournament in furtherance of their obsessive anti-Russian crusade. #WC18 #ENGPAN