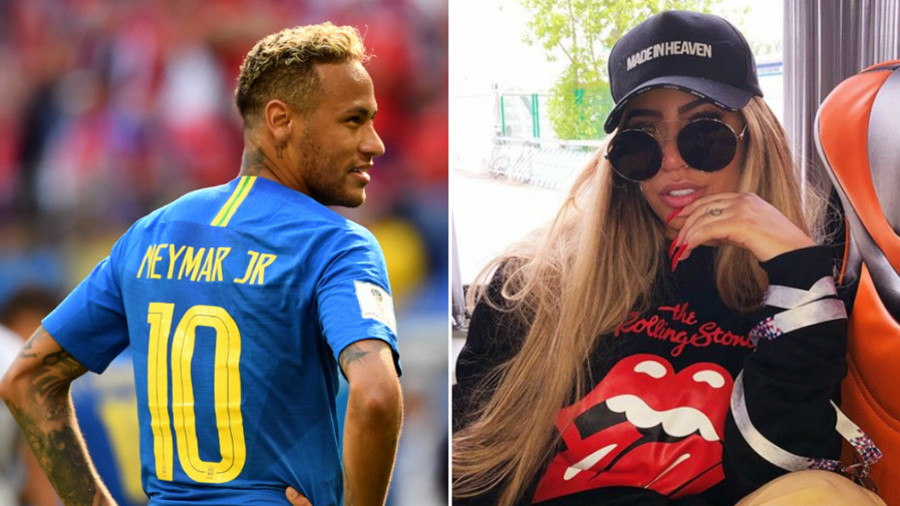 One of the perks of having a footballing superstar for a brother is getting to travel all over the world to support them, and Brazil forward Neymar’s sister certainly appears to be enjoying her time in Russia for the World Cup.

Rafaella Beckran, the younger sister of the PSG star, posted a picture from Sochi to her 4.5 million Instagram followers, declaring that she was “in love” with the World Cup host country.

“I'm in love with Russia! The city we are in is Sochi, and yesterday it St. Petersburg,” she wrote.

Five-time World Cup winners Brazil are based in the Black Sea resort of Sochi for the duration of the tournament, but faced Costa Rica in the northern city of St. Petersburg on Friday – a game in which Neymar scored a late goal in his team’s 2-0 win.

There were reports that Rafaella had to be treated by paramedics at the game after feeling faint, although all now appears to be well.

The Brazil forward, 26, and his sister are extremely close, and he even has a tattoo dedicated to her on his bicep.

Rafaella, meanwhile, has her brother’s eyes tattooed onto her right arm.

She frequently posts pictures in a Brazil shirt to show her support, while the pair are often seen sharing an embrace.

Rafaella Beckran reportedly changed her surname in honor of English star David Beckham. The model frequently shares pictures and advice on fashion choices to her army of followers.

Brazil take on Serbia in their final World Cup group stage game in Moscow next week, needing a draw to guarantee their place in the knockout stages and prolonging Neymar’s – and Rafaella’s – stay in Russia.